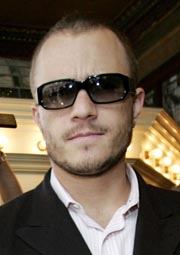 NEW YORK - Michelle Williams says she still can’t find the meaning behind Heath Ledger’s death three years ago, in an interview talking about the late father of her child who died of a prescription overdose.

Williams, who since the actor’s death in New York in January 2008, has remained mostly quiet in interviews about Ledger, told ABC news show “Nightline” this week she could understand why the public was curious about her grief, but still could not understand why Ledger died.

“I’ve found meanings around the circumstance but the actual event itself still doesn’t have a ... I can’t find a meaning for it,” she said with tears in her eyes.