What we can do to give the boys a boost

What we can do to give the boys a boost 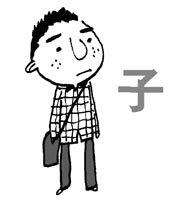 Housing prices in areas near boys-only schools are skyrocketing. The reason is that parents with boys worry that their sons will be at a disadvantage if they attend coed schools - where girls regularly outperform boys - so they are moving close to boys’ schools. The message boards on Korean portal sites are overflowing with inquiries about which neighborhoods near the schools offer the best amenities for families.

Indeed, it is no longer news to hear people whine about sons who are less smart and inattentive than bright and focused daughters. How have our sons become like this?

According to the National Institute of Mental Health in the United States, which has studied brain development in children since the early 1990s, there is a big gap in development based on the sex of the child. The regions of the brain that control language processing in a five-year-old boy are similar to those of a three-and-a-half-year-old girl. Thus, a male and female child may be in the same kindergarten class, but may not possess the same language ability.

Still, the two children are taught at the same level. It is said that boys dislike studying, hate going to school and fall behind girls - but maybe this can be explained by differing brain development. Maybe it’s better to send boys to kindergarten one year later than we do now.

It is also important to note that “boys in crisis” grow up to be “men in crisis.” In 2006, The New York Times carried an article on men who enjoy video games more than making money or even dating. In an interview for the article, one female university student said that her boyfriend promised he would reduce the time he spends playing video games to 15 hours a week - the same number of hours as her part-time job. And consider this: the number of single-parent families in the United States has reportedly surpassed that of two-parent families because more women prefer to live alone than being with a hopeless man. Can we consider it an isolated case?

Meanwhile, the Ministry of Gender Equality and Family points to the persistence of gender discrimination in school textbooks. Along with the stereotype that men are active and women are passive, nine of the 10 most important figures in history are men. These problems should be corrected right away. On second thought, however, I wonder if it would be better to leave them as they are. Maybe it would make our sons press on harder exclaiming, “Wow, men were on a roll in the old days!”