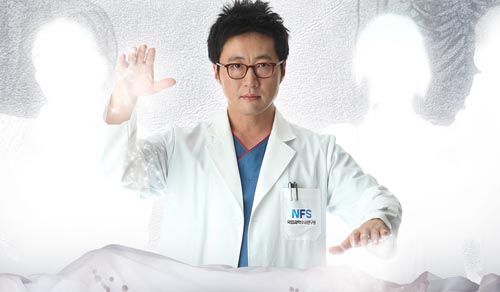 Intrigue, music and romance will fill television screens next year as the new broadcasting season gets underway. Three drama series are set to start the season in January with enough excitement and intensity to keep you riveted during the winter months.

One drama that stands out is “Sign,” which is set to air on SBS on Jan. 5. The series is the first in Korea to focus on a coroner. It is even more notable because it marks veteran actor Park Shin-yang’s return to television after the Corea Drama Production Association placed a ban on him two years ago.

Park’s last television appearance was in the period drama “Painter of the Wind,” for which he was paid around 100 million won ($90,909) per episode. The 20-episode series ended in 2008.

During the series, Park became involved in a legal dispute with the drama’s production company - he claimed that they didn’t pay him his full salary, the company said it didn’t pay because the amount was too high. Although Park eventually won the legal battle, he ended up losing out on future jobs when the CDPA, of which the production company is also a member, banned Park from appearing on television shows produced by its membership, which consists of around 30 of the leading television production companies in Korea. 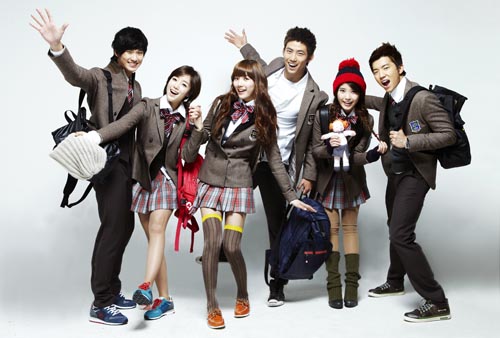 The show, which airs Jan. 3, is like a Korean version of “Fame” (1980), which showed the trials and tribulations of teenagers at a high school for the performing arts in New York.

The star-studded cast features members of the nation’s up-and-coming idol groups, including Taec-yeon and Woo-young from 2PM, Suzy from Miss A, Eun-jung from T-ara, and IU, a solo artist who was one of this year’s most popular teenage singers.

The show is backed by the nation’s three major entertainment agencies - CJ Entertainment, Keyeast and JYP Entertainment - and some of the companies’ celebrity founders are scheduled to make cameo appearances on the show.

Keyeast was founded by the Bae Yong-joon, an actor and author whose popularity in dramas like “Winter Sonata” (2002) made him an essential part of the hallyu, or Korean wave.

Both Bae and Park, who rarely make appearances on television these days, will appear in the first couple of episodes of “Dream High.” 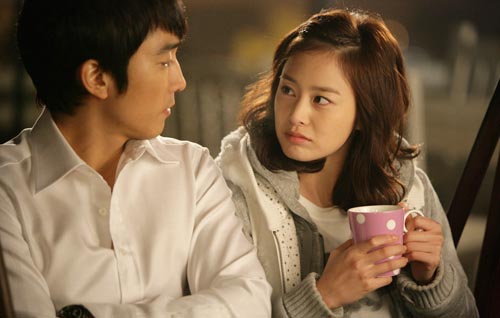 Three new television dramas are set to hit the airwaves in January. They are, from top, “Sign,” “Dream High” and “My Princess.”Provided by each broadcaster


The third drama, “My Princess,” tells a fairy-tale-like story about a rich man from a jaebeol family who is forced to marry a poor college girl trying to earn money for her tuition. The drama airs on MBC on Jan. 5, the same day as the first episode of “Sign.”

“When I first read through the screenplay, I thought my character and I had nothing in common because she is so affable and straightforward when she expresses her feelings, which I am not,” Kim told reporters at a press conference earlier this month at MBC’s Ilsan branch. Kim added, however, that she accepted the role because she believed it would help her discover a new side of herself.

The creative team behind the drama has increased expectations for the show’s success. The screenplay is written by Jang Young-sil, famous for her previous hit “On Air” (2008), and the drama is directed by Kwon Seok-jang, who made the light-hearted romantic drama “Pasta,” earlier this year. Although “Pasta” did not earn big ratings, it gained a solid fan base among female viewers in their 20s and 30s for its sophisticated portrayal of a romantic relationship between two top chefs.

HYBE has a blowout quarter with an assist from Justin Bieber