A year of gore, girls and grace Ⅱ

A year of gore, girls and grace Ⅱ 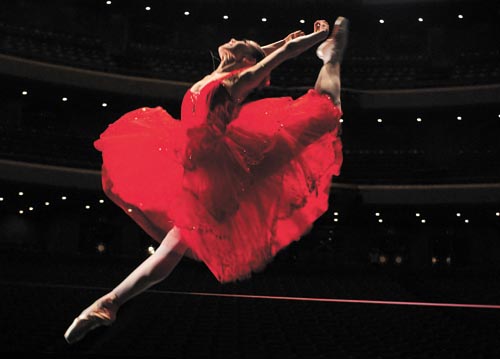 
The 10 keywords that sum up Korea’s cultural and sports worlds this year range from movies that were so gory they were banned from the country’s cinemas to the coming of the second round of the Korean Wave: girl groups. Also making big headlines was the repatriation of Korea’s cultural heritage that had been taken by invading powers generations ago. It was also a year for young athletes, as the Taegeuk Warriors advanced to the Round of 16 in the South Africa World Cup, while Kim Yu-na’s grace and Park Tae-hwan’s speed lived up to their expectations. On the small screen, “Superstar K” led an explosion in the popularity of reality television. Online, netizens spent the year ravaging Tablo to the point where he secluded himself from the public. In the arts, Korean ballet finally broke onto the international stage, and four biennales were held in Korea this year. Kolleen Park - a musical director who became a phenomenon in Korea - is this year’s success story.

By the Culture Staff

While Korea is recognized for world-renowned classical musicians it has produced, few had associated ballet with the country. This year, Korean ballet broke onto the global stage as budding and established dancers snatched top awards in international competitions.

It all started with the Youth America Grand Prix in March. Cha Ki-hwan, 19, and Kim Min-jung,16, won gold medals in the Pas De Deux division. In April, Jung Young-jae, 26, a grand soloist of the state-run Korea National Ballet, was awarded the Grand Prix at Arabesque-2010: the XI Competition of Ballet Dancers of Russia.

Chae Ji-young, 18, bagged a gold medal at the USA International Ballet Competition in June to become the first Korean to do so. 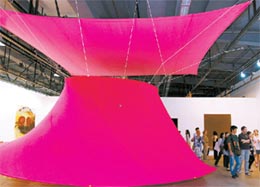 Still, the year was rich in selection as art lovers held four contemporary art shows to choose from.

Among them, the 8th Gwangju Biennale between September and November received many favorable reviews. Sandhini Poddar, curator of New York’s Guggenheim Museum, picked it among the Best of 2010 for the magazine Artforum.

It featured photographic, installation and media art by 134 artists from 31 countries. The theme “10,000 Lives” was inspired by and named after the epic poem of the same name by Ko Un. The show focused on the relationship between humans and images.

The other three also attracted the interest of local and foreign curators: Media City Seoul, which focused on new media art; the Busan Biennale, which looked at contemporary art; and the Daegu Biennale, which concentrated on photography. 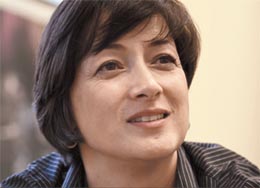 The 43-year-old musical director rose to instant stardom after appearing as a guest on television network KBS2’s “A Man’s Worth” earlier this year. On the segment, Park’s leadership, described by many as “tender yet powerful,” appealed to a nationwide audience, as she led 32 people - including comedians and other entertainers - to form and sing in their own choir.

Her influence even spread to the business sector, where analysts coined the phrase “Kollen Park leadership.”

After the success of her television show appearance, Park, who is also a professor at Howon University, went on to host the talk show “Heart to Heart” on Arirang TV.

Prior to her stint on KBS2, the half-German, half-Korean musical director gained recognition for her work on popular musicals “Chicago,” “The Last Empress” and “Rent.” 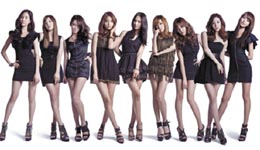 If male singers and actors such as Ryu Shi-won and Bae Yong-joon have led the Korean Wave until now, this year girl groups such as Girls’ Generation and Kara took over.

The sudden surge in the popularity of Korean girl groups is particularly noticeable in Japan. Girls’ Generation and Kara hit No. 1 and No. 2 on the weekly Japanese Oricon charts on Oct. 29. Some Japanese media outlets have dubbed it the “Korean invasion.”

The Wonder Girls, which entered the U.S. market last year, held 27 concerts in North America this year. Girls’ Generation drew an audience of 20,000 at an August concert in Tokyo.

Many other boy bands are also enjoying fame throughout Asia. This year, Super Junior held eight concerts in China, Taiwan, the Philippines and Malaysia. 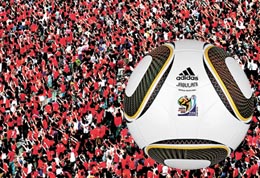 In June, the national football team advanced to the Round of 16 in the South Africa World Cup.

It was also the first time that the tourney was held in an African nation and that both South and North Korea competed in the games.

Despite having qualified for six consecutive World Cup finals and reaching the semis of the 2002 Korea-Japan World Cup, the Taegeuk Warriors had failed to advance past the group stage on foreign soil.

South Korea’s squad, led by manager Huh Jung-moo, fielded a combination of speed and teamwork to advance out of the group stage with a record of 1-1-1 against the likes of Greece, Argentina and Nigeria.

The team beat its underdog label as the lowest-ranked team in Group B before losing out to Uruguay in a close 2-1 match.