A year of gore, girls and graceⅠ

A year of gore, girls and graceⅠ 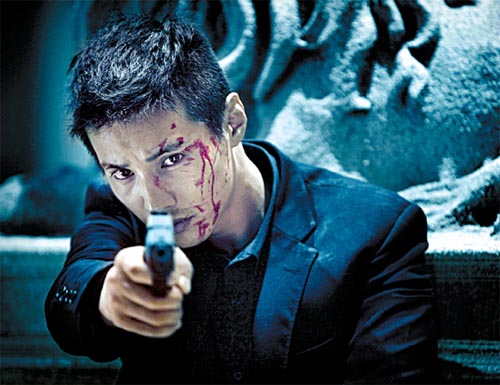 
The 10 keywords that sum up Korea’s cultural and sports worlds this year range from movies that were so gory they were banned from the country’s cinemas to the coming of the second round of the Korean Wave: girl groups. Also making big headlines was the repatriation of Korea’s cultural heritage that had been taken by invading powers generations ago. It was also a year for young athletes, as the Taegeuk Warriors advanced to the Round of 16 in the South Africa World Cup, while Kim Yu-na’s grace and Park Tae-hwan’s speed lived up to their expectations. On the small screen, “Superstar K” led an explosion in the popularity of reality television. Online, netizens spent the year ravaging Tablo to the point where he secluded himself from the public. In the arts, Korean ballet finally broke onto the international stage, and four biennales were held in Korea this year. Kolleen Park - a musical director who became a phenomenon in Korea - is this year’s success story.

By the Culture Staff 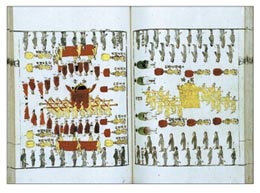 Korea has long sought to retrieve cultural heritage taken by foreign countries, and its efforts finally began to bear fruit this year.

Korea and Japan signed a treaty on Nov. 19 confirming the return of 1,205 royal books - including the Uigwe - taken during Japan’s colonial rule and stored at the Imperial Household Agency.

President Lee Myung-bak said the gesture shows “the willingness of the Japanese government to improve the Korea-Japan relationship by building a future-oriented friendship.”

Japanese Prime Minister Naoto Kan called this year a turning point for relations with Korea. “We see future-oriented relations through the signing of this treaty,” he said. The treaty marks the 100th anniversary of Japan’s annexation of Korea.

Also, a royal collection of ancient Korean texts taken by France will finally return home after 144 years. The presidents of the two countries agreed on Nov. 12 on the return of the Oegyujanggak books.

The nation’s big-screen films have never been as gory as they have been this year.

In August, “The Man from Nowhere” and “I Saw the Devil” courted controversy over the high degree of violence depicted.

“The Man from Nowhere” vividly portrays the extraction and black market trade of human organs - even those of children.

Not to be outdone, the brutality of the film “I Saw the Devil” resulted in the Korea Media Rating Board banning the film from the nation’s cinemas because of “scenes undermining human dignity.”

In September, a trailer for the movie “Bedeviled” was rejected by the rating board for “cruelness.”

Since the release of director Park Chan-wook’s acclaimed 2003 international hit “Oldboy,” Korean movies have continued to push the envelope of what is acceptable on the big screen. “Oldboy” was the recipient of awards such as the Grand Prix from the 2004 Cannes Film Festival. 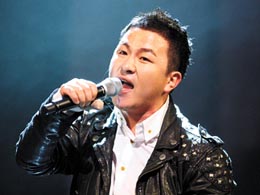 During its live finale, the show earned a rating of 18.1 percent - even beating out competing terrestrial network programs.

Fan salesman Hur Gak won the hearts of voters nationwide with his humble story and singing talent on Superstar K2, while his rival, John Park, who had previously placed among the top 20 in American Idol, had his own huge following. 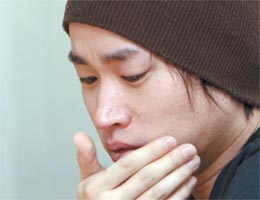 The police cleared Stanford-educated Korean rapper Tablo in November of accusations that he had lied about his educational credentials. The Tablo scandal revealed two ugly sides of Koreans: their blind faith in information coming from the Web and an inferiority complex when it comes to the elite.

Responding to snowballing rumors over his education, the rapper shared school transcripts and letters from professors in an exclusive interview with the Korea JoongAng Daily in early October. Netizens, however, were not placated. The online group Tajinyo said the transcripts and official documents were fake. At one point, the online community saw its membership swell to more than 190,000.

Authorities asked the United States to extradite the main operator of Tajinyo, a Korean-American in his 50s from Chicago, to face investigation.

Tablo, 30, has secluded himself from the public because he said he has been “traumatized by the witch hunt.” 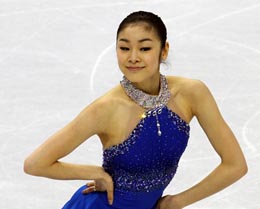 Two of the most prominent athletes in Korea came up big this year. Figure skater Kim Yu-na delivered a record-setting performance en route to winning Korea’s first Olympic gold medal in figure skating at the 2010 Vancouver Winter Games. Swimmer Park Tae-hwan erased doubts from his dismal performance at the 2009 Rome World Championships with a stellar outing at the 2010 Guangzhou Asian Games.

Kim capped off with a dominating 2009-10 ISU season, cruising to wins in all three competitions she entered.

Park made a clean sweep in the short- and middle-distance freestyle events at the Guangzhou Asian Games by winning gold medals over his Chinese rivals in the 100-, 200- and 400-meter freestyle events last month.