Doctor sings a message of hope for his patients

Doctor sings a message of hope for his patients 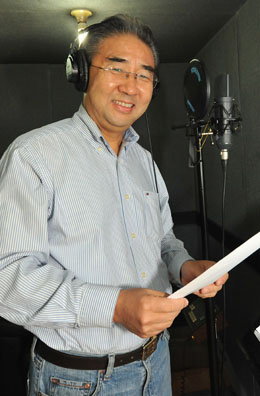 This year, psychiatrist Lee Hong-sik completed an album that exalts the beauty of life. The doctor gave it to his patients as a Christmas gift.

The album, which was released mid-December, includes three songs he wrote, including “Life Is Worth Living” and nine remixed classic Korean songs known as trot.

“During this time of year, I usually receive gifts from patients,” said Lee. “But this time, I decided that it would be my turn to give something back to them.”

The psychiatrist said that many people are susceptible to seasonal depression at this time of year, and most have a hard time coping.

Two years ago, Lee wondered what he could do to help those patients find the strength they needed to seek treatment.

His answer was the gift of song.

Only through music did Lee think he could send a message of hope. With a total of 12 songs, the original plan was to hire a singer.

“I wanted to hire a singer, but the cost was high,” said Lee. “But at the same time, it made me think that this was a gift to my patients.

“I thought that my love for them would be expressed better if I sang myself,” he said.

Lee gave up his weekends for the past two summers to record in the studio.

The title track delivers a hopeful message on the value of life.

“There is nothing in this world that is worth throwing away,” reads one lyric.

Remixed trot songs include “Gwanghwamun Love Song” by Lee Mun-sae, “Host Student” by Choi Hee-jun, and “One Glass of Memories” by Lee Jang-hee.

Lee said that trot songs such as these are cathartic for patients going through sorrow.

The doctor said catharsis is used in psychology to help patients experience repressed emotions associated with events in the individual’s past.

Through music, people are able to express these feelings and have peace of mind, Lee said.

“Even if just one patient receives the feeling of the value of life through my song,” said Lee, “it would be the best gift that I ever received.”