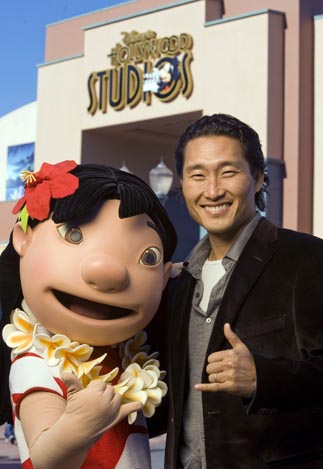 In this photo released by Disney, actor Daniel Dae Kim, a star of the ABC series “Lost” who is currently starring in the new CBS series “Hawaii Five-0,” poses on Dec. 28 with Lilo from Disney’s “Lilo and Stitch” at Disney’s Hollywood Studios in Lake Buena Vista, Fla. [AP]