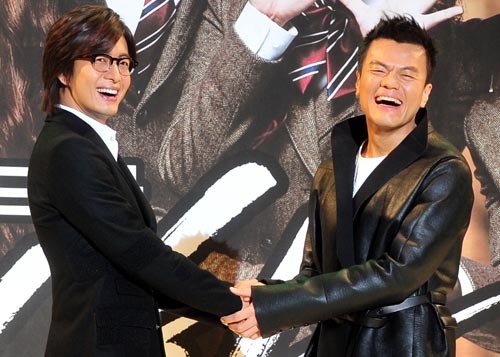 Singer and producer Park Jin-young, right, and actor Bae Yong-joon appear at a press conference in Goyang, Gyeonggi, on Dec. 27 after agreeing to collaborate on the new television drama “Dream High.” Park and Bae will co-produce the new KBS series, which is a coming-of-age story about young people at an arts high school who aspire to be stars. Both stars also make cameos in the series, which starts airing Jan. 11. [Reuters]