Sumi Jo on love, loneliness and the life of a star

Sumi Jo on love, loneliness and the life of a star 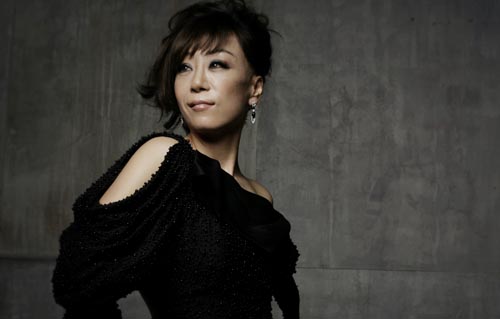 Soprano Sumi Jo appears on the cover of her album, “Ich Liebe Dich,” which was released in March. [JoongAng Ilbo]


HONG KONG - Ever since acclaimed soprano Sumi Jo made her operatic debut as Gilda in Verdi’s “Rigoletto” in 1986, she has dedicated her life to singing. She has performed with world-famous conductors such as Zubin Mehta, Sir Georg Solti and Giuseppe Sinopoli at renowned theaters such as La Scala in Italy, the Metropolitan Opera in New York and the Royal Opera House in London.

So it was a surprise when Jo, 48, started a recent interview with the JoongAng Ilbo’s Hong Kong correspondent by saying, “If I were born again, I wouldn’t want to sing. Although this surprises me, I want to live a normal life.”

That statement was just the beginning of what was to be a revealing interview with the singer, who is celebrating her 25th anniversary in the business this year.

In the interview, which took place over two days from Dec. 10 and 11 prior to her performance with the Hong Kong Philharmonic Orchestra on Dec. 11, she talked about her struggle with fame and loneliness and her views on marriage and family.


Q. What made you say such a thing?

A. I think it was partly because of the fact that I’m growing older. My dad passed away four years ago when I was performing in Paris. I wanted to come back to Korea for the funeral, but my mom insisted that I keep the promise I had made to the audience. So I was singing on stage while everyone else was saying goodbye to my father for the last time.

Now, my mother is suffering from Alzheimer’s and she calls me more than 30 times a day because she doesn’t remember talking to me earlier in the day. But if I tell her I’m coming to Korea to visit her, she says, “Oh, I just caught a cold, it’s no big deal. Plus, you’re a singer and it’s contagious, so you shouldn’t come near me.” I don’t understand how my sick mother could remember that.

Then I started to think about whether I have more to lose or more to gain in all the years I’ve spent performing around the world.

Do you see your family often?

Not really. In the 25 years since I made my debut, I haven’t ever gone to celebrate my parents’ birthdays nor have I been able to attend my siblings’ weddings. The last time we all got together was in January 2000, when I was performing at the Metropolitan Museum in New York. Of course I love singing and I enjoy what I do, but whenever I think deeply about the entire experience, I feel like it’s a bit unfair that I can’t spend as much time with my family as other people do. 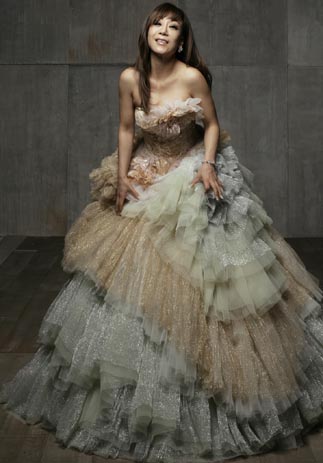 You are still single. Do you feel marriage would inconvenience you in any way?

Of course not. But what I do for a living [makes the prospect of marriage difficult]. People say that my standards are too high, and that is why I haven’t dated much.

I think I’m actually open to meeting someone. And I think I have better social skills than other people since I travel a lot and work regularly with different groups of people.

Sometimes at a post-concert dinner I spot someone that I’m interested in, but it’s difficult to find someone who would be willing to follow me around to performances in Hong Kong, London, New York and Sydney.

I believe that, someday, I can find someone I can be with, hold hands with, someone who can make dinner after my late night performances. I met someone recently, but it didn’t work out.

He was a businessman and didn’t quite understand my life as an opera singer. He was also somewhat possessive, which is hard for an artist like me who needs a certain degree of freedom in order to work.

Maybe your busy schedule is what’s keeping you from marriage?

I was home for 58 days this year. I think I just want someone to love, rather than a husband. I miss the feeling of having butterflies in my stomach or thinking about someone when you go to sleep and again when you wake up.

But I think it’s partly my fault. If someone were to knock on my door, I would greet that person with open arms. On the other hand, I have struggled to get where I am right now, so it is somewhat scary to step out of it.

I’ve almost given up on getting married. Mentally, I’m ready to meet someone, but I’m not quite ready to let someone become part of my life since I still have a lot I want to do in my career. And I’m a perfectionist when it comes to work.

What do you look for in a man?

In my 20s, of course, it was all about looks, just like anyone else. Then, after I dated someone who was in their mid-30s, I realized that as long as the person is not too jealous, I could date practically anyone. I started thinking that a real man is someone who will embrace you no matter what.

Even though I’m charismatic on stage, I’m actually very shy with a person I like. But in the end, I just want someone who will stroke my hair and take care of me when I’m upset. I want someone who is willing to get me something to eat 10 minutes before a performance and someone who can say, “My wife is the best and I like taking care of her because she’s a singer.” Maybe I expect too much. But I’m sure that I will also be a good wife. I want to make dinner for my husband, do laundry for him and take care of his parents as if they were my own.

Is this the first time you’ve shared something so personal in an interview?

I’ve never really opened up about my personal life. I just want to be seen as a singer. Maybe it feels too much like a holiday here in Hong Kong. I sometimes feel lonely when I see other people spending Christmas with family and loved ones because I always have to work on those days.

That’s when I ask myself if I’m happy with my life. But soon I have to start training again. If my voice starts sounding strange, people will say that I’m not as good as I used to be. I guess my stress level is very high because of that.

But I guess you can keep doing it because you like it.

Well, I used to be a party girl and liked to go out when I was in college. But when I started singing, I had to change my lifestyle completely.

I think I’m really more like a pop singer. For example, I would love to perform with Lee Hyori. I think she’s so powerful in so many respects.

But I love having a routine life - waking up in the same bed every morning, drinking coffee out of the same mug, and I can imagine having a family and children. But my life is completely different right now. I think I have developed certain characteristics I don’t want in my life.

Sometimes my staff asks me if I’m lonely. Perhaps I’m a little more lonely than other people, but everyone is lonely and, for me, it’s something I can endure. I think I haven’t felt that lonely because so many people have shown me so much love.