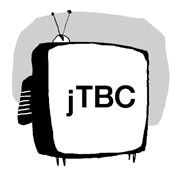 In Aesop’s fables, it says that the lifespan of human beings was originally 30 years.

Humans were the only ones in the tales dissatisfied with their short lifespan, as other animals didn’t complain. Therefore, Zeus extended the lifespan of humans to 70 years by taking 18 years away from donkeys, 12 years from dogs and 10 years from monkeys.

The 18 years borrowed from the donkey, the fables say, represent the period when humans should work hard to contribute to society, while the 12 years from the dog are when they should support their families. After that, humans become children again to live the life of a monkey, when they are taken care of by the people around them.

We can learn something from this idea of human life. First, pleasure dominates the first 30 years of life because humans are free from responsibility, but agony and hard work are sure to follow. Second, people need 30 years in order to reach the necessary maturity to take care of their families.

The relationship between maturity and 30 years appears to be similar in almost all civilizations. John the Baptist started preaching at the age of 30, and Jesus was baptized and went into the wilderness when he was 30. In “The Myth of Sisyphus,” Albert Camus said, “At the age of 30, man realizes the meaning of time.” Buddha left the comfort of his palace at 30, and Confucius said 30 was the age when men can stand up firm and steady.

The broadcasting arm of the JoongAng Media Network, jTBC, received the highest ranking of the four candidates awarded licenses to operate new general programming channels. The Korea Communications Commission announced the results of its assessment on Friday. With the awarding of the license, the Tongyang Broadcasting Company, which was closed by the military government in 1980, has the chance to resume broadcasting after 30 years.

At a party celebrating the license, Seol Wun-do sang the hit song “The 30 Lost Years.” That reminded me of the words of a renowned Chinese poet in the 12th century: “People flocked to the party 30 years ago, but now I lean over the railing and deplore the absence of guests.”

For a paper that has been barred from broadcasting for the past 30 years, the license to broadcast signifies more than just three lost decades: it’s a time to celebrate the return of long-absent guests.