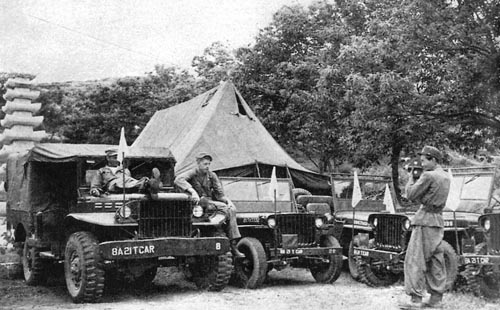 In 1951, UN representatives were shuttled to Naebongjang, N.K., the venue of the armistice talks, in U.S.-captured jeeps with white flags stuck to the front of them. Provided by the U.S. Army

We could not help but feel a bit intimidated by the large enemy presence in and about the surrounding areas. The communists tried a lot of psychological tactics.

After arriving in Kaesong from the “Peace Camp” in Munsan, Gyeonggi by helicopter, we were shuttled to the armistice talks in two American jeeps. The vehicles had obviously been seized during the war. The North Koreans had stuck white flags on the hood of each vehicle. It gave off the appearance as if we were surrendering to our enemy. It was a shoddy tactic, but if their goal was to make us feel uncomfortable - they achieved it.

The talks were long and tiresome. As expected, there were snags from the start.

The communists prevented South Korean journalists and foreign correspondents from covering the armistice discussions, which were originally supposed to be held on South Korean soil in Munsan, Gyeonggi.

Once the armistice talks began without the press, the reporters outside began to make a lot of noise. The journalists were camped out in a train near Munsan, since there was no other way to accommodate them at the time. Local and foreign members of the press began to complain on a daily basis to Gen. Matthew Ridgway, the supreme UN and U.S. commander in Korea.

General Ridgway, in turn, pressured us to resolve the problem. With both sides failing to agree on whether to allow the foreign correspondents to cover the talks, the negotiations were actually stalled for four days from July 12. 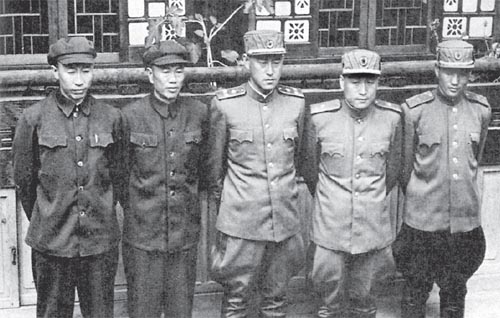 South Korean officials strongly opposed truce discussions. Minister of Defense Lee Ki-bong, who came to Kaesong to provide moral support, told me he opposed the armistice talks and wanted to drive the Chinese from the Korean Peninsula before holding any negotiations. President Syngman Rhee also made a visit and made similar comments, putting me in a very awkward situation. I had been attending the talks as a UN representative and did not have a chance to voice the opinion of the ROK.

At the Peace Camp, I told Adm. C. Turner Joy, the naval chief and head of the UN representatives, that since the ROK government is opposed to the cease-fire talks, it was meaningless for me to attend. After hearing me out, the admiral agreed and told me to clear up the issue with Gen. Ridgway.

Then I got a visit from the Minister of Defense Lee. He said that although the ROK government was opposed to an armistice, he wanted me to attend the talks as a sign of cooperation with the United Nations. I understood that I was also to express the interests of the ROK as the lone representative from our side. It would be up to me to make a judgment on when I could contribute.

The talks were carried out in Korean, English and Chinese with interpreters providing translation. Admiral Joy stressed the importance of the armistice line and the exchange of prisoners of war. North Korea’s Gen. Nam Il proposed the inclusion of a clause stipulating the withdraw of foreign troops from the peninsula. The UN representatives replied that such an issue was political and not appropriate for discussion at armistice negotiations between soldiers.

We also could not agree on where to draw the border between the two Koreas. The North Koreans suggested the line be drawn at the 38th parallel where the initial border stood on the day that they invaded the South on June 25, 1950. It was a proposal we considered preposterous.

The U.S. Air Force and Navy had been dominating both the air and sea war. As such, allied forces were in an advantageous position in comparison to our enemies. There was no need to give in to their demands. Instead, the UN representatives were firm on the stance that the line should be drawn at the current front lines where the battles were taking place.

All facets of the talks were conducted in a similar manner. We engaged in mind games over what and how things would be discussed. I vividly remember the smell of meat and vegetables being stir-fried with soybean oil wafting from the kitchen. They were preparing meals for the North Korean and Chinese generals. We, on the other hand, were served sandwiches and drinks at a nearby location.

With representatives from each side making statements, it turned out that I did not have any chance to speak.

My job at the table was to maintain eye contact with the opposing official across from me, North Korean Gen. Lee Sang-cho. With the representatives doing most of the talking, the other generals were engaged in what could only be described as a stare-down throughout the talks. 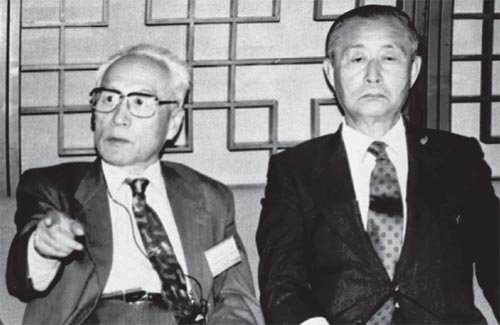 
One day, at the end of a long session, Admiral Joy asked if anyone else had anything to add. There was a moment of silence before General Lee scribbled down something on a piece of paper and held it up for me to see. It read: “The puppet of imperialism is worse than a dog.”

I was momentarily enraged at the childish tactic and wanted to punch General Lee in the face. But when I came to my senses, I thought that it was actually quite sad to see him result to such immature behavior.

There was another incident involving General Lee at the armistice talks in Kaesong. One day, General Lee sat in his seat with a serious expression on his face, as usual. Then a sizeable fly landed in his mug. Amused by the situation, I waited to see how General Lee would react. The fly was quite big and was now crawling about on General Lee’s face. Most people would’ve swatted at the fly, but General Lee sat there in the exact same position, with his menacing expression intact and did not budge.

The fly stayed on General Lee’s face several minutes longer before disappearing out of the room.

I had to hold myself from bursting out in laughter and the incident was the topic of the conversation between the United Nations representatives at the end of that day.

I found out later that General Lee was said to have been equally uncomfortable with my presence at the talks. General Lee worked in intelligence after his military career and went on to serve as the ambassador of North Korea to the Soviet Union.

During his tenure as ambassador, he would seek political asylum in Minsk, present day Belarus. General Lee would live out the rest of his life in Belarus as a scholar, criticizing the North Korean regime until his death in 1996.

He came to Seoul twice, once in the late 1980s and again in 1990. I met him at a hotel in Seoul in 1990. I, of course, had to ask him about the note he held up in Kaesong in 1951. General Lee, to my surprise, did not acknowledge the incident and stated he had no recollection of such an event having ever taken place.

General Lee was five years my senior and was actually from Dongnae-gu, northern Busan, and I was born in Gangseo, Pyongan Province in North Korea. The other North Korean generals at the armistice negotiations also did not last much longer in North Korean fatigues.

General Nam, who was born in 1913, a year before Kim Il Sung, died from an “unfortunate accident” in 1976, according to North Korea’s state-run newspaper Rodong Simun. It’s unclear just what type of accident General Nam suffered, but there were rumors that he got in the way of the North Korean regime’s effort to idolize Kim Il Sung and was killed.

The only other North Korean general at the armistice talks, Gen. Chang Pyong-san, fared no better. After criticizing the Kim Il Sung regime, he was accused of attempting to lead a coup d’etat and sentenced to death in 1958.