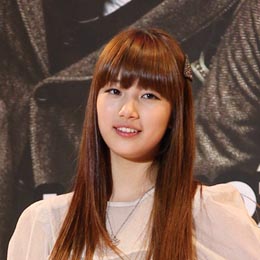 Netizens are not happy with Suzy, a member of the K-pop group Miss A.

But it’s not her music they are upset about - it is her acting.

After the first episode was aired, viewers began leaving messages on the show’s message board criticizing the young star for a performance they called “awkward” and “unnatural.”

Others said her pronunciation was “unclear,” making her dialogue difficult to understand.

One viewer with the screen name dkzkzkz wrote that the show is “a drama for singing stars who are practicing their acting.”

Another viewer known as tjwldbs07 wrote: “Suzy’s role in the drama should be reduced.”

Still, there are some viewers who have cheered the singer on.

“Nobody has a superb performance in the beginning. If Suzy works harder, she will improve,” a netizen with the ID iigreen wrote on the show’s message board.

The drama is just getting started and some actors take time to get settled into roles.

Only time will tell which camp is right about Suzy.