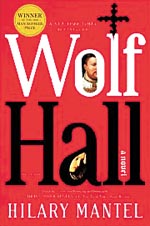 Henry VIII’s quest to make Anne Boleyn his queen has inspired reams of historical fiction, much of it trashy and most of it trite. Yet from this seemingly shopworn material, Hilary Mantel has created a novel both fresh and finely wrought: a brilliant portrait of a society in the throes of disorienting change, anchored by a penetrating character study of Henry’s formidable adviser, Thomas Cromwell. -The Washington Post 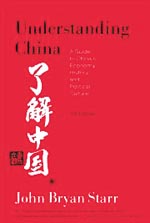 After 10 years, John Bryan Starr has thoroughly revised and updated his classic introduction to the background of, the data about, and the issues at stake in China’s present and future. In the new edition, Starr seamlessly weaves in additional material on the 2008 Olympics in Beijing, the Chinese government’s ongoing efforts to curb the influence of the Internet, and the intensifying trade disputes between the United States and China. Succinct, modest, and refreshingly forthright, “Understanding China” remains a necessary guide for the uninitiated to everything from the Chinese economy and political system, to its intellectual freedoms and human rights, to its relationship with the rest of the world. -From the publisher 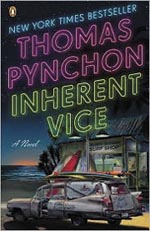 In this lively yarn, Thomas Pynchon, working in an unaccustomed genre that is at once exciting and accessible, provides a classic illustration of the principle that if you can remember the 60s, you weren’t there.

It’s been a while since Doc Sportello has seen his ex-girlfriend. Suddenly she shows up with a story about a plot to kidnap a billionaire land developer whom she just happens to be in love with. It’s the tail end of the psychedelic sixties in Los Angeles, and Doc knows that “love” is another of those words going around at the moment, like “trip” or “groovy,” except that this one usually leads to trouble. -From the publisher


The Temple of My Familiar 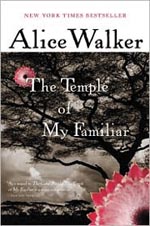 First published in 1990, “The Temple of My Familiar,” Alice Walker’s follow-up novel to her iconic “The Color Purple,” spent more than four months on The New York Times best-seller list and was hailed by critics as a “major achievement” (Chicago Tribune).

Described by the author as “a romance of the last 500,000 years,” “The Temple of My Familiar” follows a cast of interrelated characters, most of African descent, and each representing a different ethnic strain - ranging from diverse African tribes to the mixed bloods of Latin America - that contribute to the black experience in America. -From the publisher 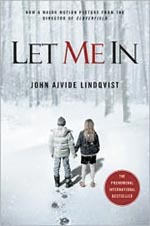 It is autumn 1981 when the inconceivable comes to Blackeberg, a suburb in Sweden. The body of a teenage boy is found, emptied of blood, the murder rumored to be part of a ritual killing. Twelve-year-old Oskar is personally hoping that revenge has come at long last - revenge for the bullying he endures at school, day after day. But the murder is not the most important thing on his mind. A new girl has moved in next door - a girl who has never seen a Rubik’s Cube before, but who can solve it at once. There is something wrong with her, though, something odd. And she only comes out at night. -From the publisher