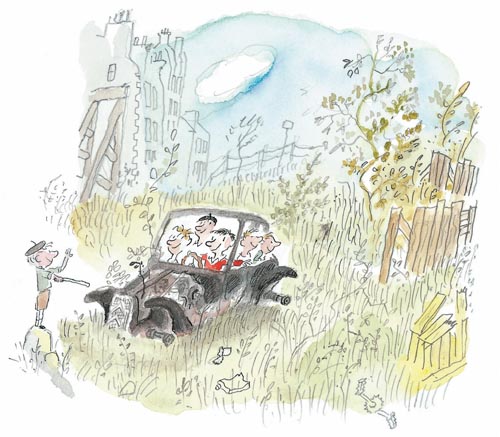 
French cartoonist Jean-Jacques Sempe is perhaps best known among adults for the cartoons he has drawn for the magazines Paris Match and The New Yorker, but he is beloved by children the world over for his illustrations of the character Le Petit Nicolas.

His drawings of the character are now part of an exhibition that runs until March 20 at Goyang Aram Nuri Arts Center in Goyang, Gyeonggi.

The exhibition “Jean-Jacques Sempe” includes about 120 original paintings and 100 prints. There are also several figurines based on his work, including Le Petit Nicolas.

This is the first time the Le Petit Nicolas illustrations have been exhibited in Asia and it represents the last chance to appreciate them outside of France. The institution that owns the collection, Galerie Martine Gossieeaux, told the exhibition planning team in Korea that it will no longer lend its collection outside of the country, according to Son Ga-hee, the exhibition director. 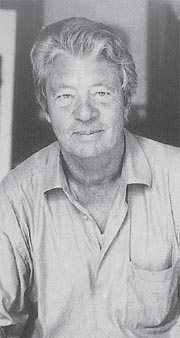 Le Petit Nicolas first appeared as a character for the comic Le Moustique and became the main draw in a series of children’s books. The illustrations that Sempe drew for the series brought him international attention.

The first “Le Petit Nicolas” book, which is a worldwide best seller, was created by French-Polish author Rene Goscinny, illustrated by Sempe and published in France in 1959. It has since been translated into 30 different languages and some 20 million copies have been sold worldwide. The Korean version of the book was first published in 1999.

The first collection of the cartoonist’s works, “Nothing is Simple,” was published in 1961. It was followed by “Everything is Complicated” the next year, and many more have been published since then. His cartoons are drawn from a distant vantage point but there is still enough detail to illustrate the story he is trying to tell.

The exhibition shows a model of his studio, collages featuring Petit Nicolas and covers of the books he has published. There is also a room with Korean versions of the books for visitors to peruse.

“Korea is the first country in Asia where I wanted to exhibit my work because there is an affinity between my work and Korean art,” Sempe was quoted as saying in a press release. “Both contain elements of humor and marginal space.”