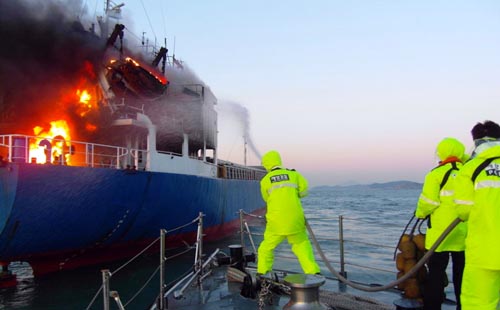 A firefighter sprays water to combat a fire that broke out yesterday at 6:30 a.m. inside the steering house of a 1,400-ton Cambodian-flagged cargo ship named Yunxing off Korea’s southern port of Busan. It is still unclear what caused the fire, which killed four Chinese sailors. The remaining five crewmembers were pulled to safety. [YONHAP]