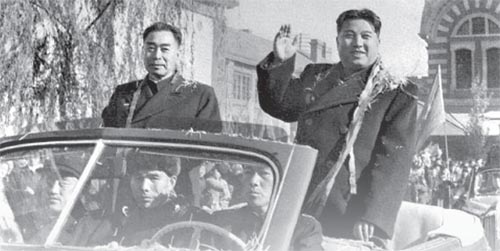 
On the surface, Chinese generals at the armistice talks in Kaesong, North Hwanghae Province came across as friendlier than their North Korean allies. While the North Korean commanders held menacing expressions on their faces, Gen. Hsieh Fang and Gen. Deng Hua were often seen smiling at the talks that began on the morning of July 10, 1951. Five communist generals and five from the allied forces participated in the talks.

It was difficult to tell whether the smiles were genuine and what intentions they had, but Gen. Hsieh was respectful, polite and did not say anything to provoke ill-will. Of the two, Gen. Hsieh Fang had a much softer approach than Gen. Deng Hua.

Gen. Hsieh was the chief commander of the Chinese People’s Liberation Army. He was political in his approach and also had the ability to see situations in the long-term. As a graduate of the Imperial Japanese Army Academy, Gen. Hsieh also came across as the type of man who was more understanding of different cultures.

The general was a legendary figure. He had gained a reputation as a persuasive leader during the Sino-Japanese War.

Gen. Deng was the mastermind behind the PLA during the Korean War. He developed strategic planning and gave orders to commanders under his control. In contrast to their friendly demeanors, the Chinese also had the mentality that the armistice talks were a continuation of the battles fought during the war. Gen. Deng was to carry out his role as the lead commander during the negotiations. 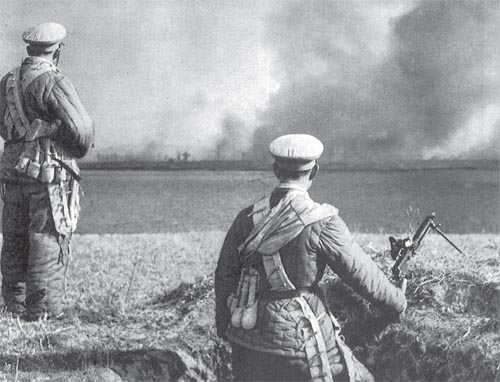 In this file photo, Chinese soldiers on the front lines observe a battle that had been taking place across the Amrok River. [JoongAng Ilbo]

I had heard many stories about the Chinese during the war and also experienced their tactics firsthand. But the Chinese were different from the North Koreans in many respects. They were very cautious and wary about causing harm to civilians during the war.

Even when the PLA joined the war and began driving the ROK and U.S. forces south, they were respectful of civilians.

The commanders were said to have given strict orders not to cause harm or discomfort to civilians.

For instance, they had several rules of conduct on how to behave on and off the battlefield. They were not allowed to enter a house still inhabited by its owner; they were to thoroughly clean washrooms after use; and they were not permitted to touch food or furniture belonging to civilians without specific orders.

The North Koreans also seemed to behave respectfully toward civilians at the onset of the war, but as time progressed, their true colors showed.

When the ROK and U.S. forces began driving the North Koreans north, they became ruthless in their effort to “eradicate right-wing elements.” A large number of innocent lives were lost.

According to reports at the time, the North Koreans who had seized Seoul and its surrounding cities were said to have been the target of brutal attacks by civilians as they attempted to retreat north. It was the direct result of their disregard for the well-being of the civilians under their control.

In contrast, most civilians had a relatively positive image of the PLA. As soldiers, both North Korean and PLA soldiers fought valiantly in battle. There had been no question as to their credentials as soldiers. However, the way in which the two sides carried themselves throughout the war was drastically different.

The North’s foul behavior carried over in dialogue at Kaesong. 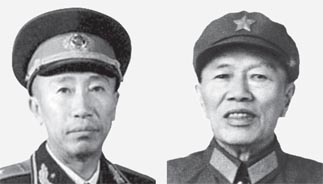 The two Chinese generals were careful and realistic in their approach. Perhaps it was only because they did not have in them the type of hatred that existed between myself and the North Korean commanders. As an ally to the North Koreans, the Chinese perhaps felt less psychological pressure at the armistice talks.

The Chinese commanders also came across as more seasoned in the manner in which they approached the talks in comparison to the North Korean commanders. The Chinese commanders always tried to place emphasis on addressing realistic issues. This was also how they approached battle. It seemed like they had a very clear understanding of their strengths and weaknesses and used them to their advantage. They always fought in a manner which disguised their weaknesses and exploited those of their enemies.

At the time, the PLA had two weaknesses: firepower and supplies. To make up for their shortcomings, they had utilized ambush-style tactics and fought in the dark. They always preferred fighting at night and shied away from facing the much stronger U.S. Army head-on in broad daylight.

Much like they had done on the battlefield, once the PLA gauged our strategy at the talks, they planned a position accordingly, choosing to focus all their energy on the weakest link.

In comparison, the North Koreans were more simple-minded. A large majority of their commanders had been educated by the Soviet Red Army, and as such, they were well-schooled in combat tactics suitable for the wide open plains of the Soviet Union.

Even on the day of the outbreak of the Korean War on June 25, 1950, the North Koreans shelled the south along the 38th parallel for more than 30 minutes before launching their invasion.

It was a textbook tactic used by the Soviet Red Army, who were accustomed to shelling the enemy for an extended period of time before making an advance. Although the geographical landscape of the Korean Peninsula was not well suited for such tactics, the North Koreans fought in this manner throughout the war.

The only divergence from the tactic was that there were always designated “troop shooters” who were ready to gun down anyone on their front lines who attempted to retreat. The shooters instilled absolute fear in the soldiers. To retreat meant death by their own forces and they were left with no other choice but to forge ahead, regardless of the situation.

Opinions of the Chinese generals led the communists at the armistice talks. This was only natural when considering that North Korean troops made up merely 20 percent of the entire communist forces on the front lines. The North Koreans had started off well at the onset of the war, but Gen. Douglas MacArthur’s Incheon landing dealt them a heavy blow. The North suffered heavy casualties and recuperated some of the losses by retreating all the way to Manchuria, China, but they were still nowhere close to full strength.

The Chinese PLA, on the other hand, entered the war and swung the heavily lopsided conflict in their favor. Chinese soldiers far outnumbered North Korean troops on the front lines. As such, the Chinese government in Beijing heavily influenced the armistice talks.

The Chinese were adept at using the very tactics they had successfully used on the battlefield at the talks. They were cunning and looked to exploit our weaknesses.