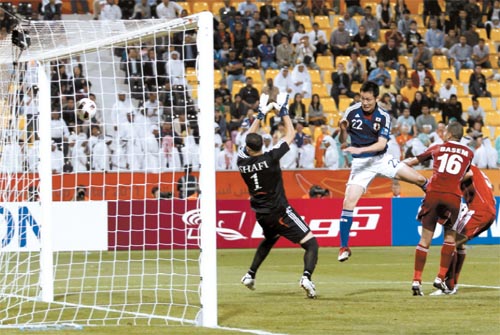 
DOHA, Qatar - Three-time champions Japan escaped with a point after a last minute equalizer against Jordan, and Saudi Arabia was stunned by Syria in their Asian Cup Group B matches on Sunday.

Underdogs Jordan looked destined for an upset victory over Japan after Hasan Abdel Fattah’s opening goal in the immediate moments before half-time, before Maya Yoshida saved the Blue Samurai’s blushes with a goal in the 92nd minute.

The Saudis, the beaten finalists four years ago, are also triple champions and desperately wanted a winning start to their campaign.

But it was not to be, as the Syrians sealed one of the biggest wins in their history. Abdulrazak Al Husein was the hero after scoring twice - both off deflections. 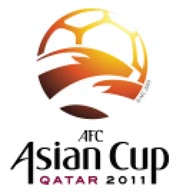 The Saudi federation sacked its national team manager Jose Peseiro after the shocking loss to Syria. Peseiro, who clung to his job despite failing to steer the Saudis to the 2010 South Africa World Cup and has endured a torrid time with the nation’s media since, will be replaced by Nasser al-Johar for the remainder of the tourney.

Japan’s manager Alberto Zaccheroni has also found himself under pressure after suggesting his side was using the tournament as a testing ground to “grow further,” rather than being in Qatar to win the title.

He had Yoshida to thank for salvaging a point against Jordan as the clock ticked into stoppage time.

It was a narrow escape for one of the pretournament favorites, who are eager to lift a record fourth continental title after losing to Saudi Arabia in the 2007 semifinals.

“I am not satisfied with the result, especially in the first half,” said Zaccheroni, who replaced Takeshi Okada as Japan’s manager after the Blue Samurai reached the World Cup last-16 in June.

“We must accelerate the speed of our play. We failed to finish on chances,” added the 57-year-old Italian. “I expect other Asian teams will fight like Jordan. We must readjust ourselves with that in mind.”

Jordan manager Adnan Hamad was disappointed not to win.

“Our players played with confidence and a victory was possible,” Hamad said. “The result was not bad but sad. At the last minute, Japan managed to take points from us,” added the Iraqi, who turned Jordan’s fortunes in the middle of qualifying and guided them to their second ever Asian Cup finals.

“We should focus more on scoring as we go on,” Hamad said.

Jordan opened the scoring, with Hasan Fattah’s strike coming in the 45th minute when he picked up a cross from the left by fellow midfielder Amer Deeb just outside the box, cleverly dodged a defender and shot. The ball bounced off Yoshida’s left foot to beat goalkeeper Eiji Kawashima.

But the Blue Samurai never gave up and kept pressing. As the clock ticked down and all seemed lost, they finally equalized when Yoshida powerfully headed in a cross from Makoto Hasebe.

Syria had to hold on for grim life in their match and survived several scares, but ultimately it was a deserved victory.

Roared on by vocal and fanatical support, Al Husein got the breakthrough at the 38 minute mark when his shot from just outside the box deflected in off the head of Abdullah Shuhail.

The Saudi equalizer came on the hour - a moment of horror for Syrian keeper Mosab Balhous.

His unconvincing punch from a corner was headed back toward the goal by substitute Taiseer Al Jassam.

It should have been a routine save, but the captain inexplicably flapped at the ball, letting it slip between his legs and into the net.

But the Saudis were level for just three minutes, as Al Husein grabbed his second, the ball again going in off a Saudi defender after the midfielder followed up just inside the box.