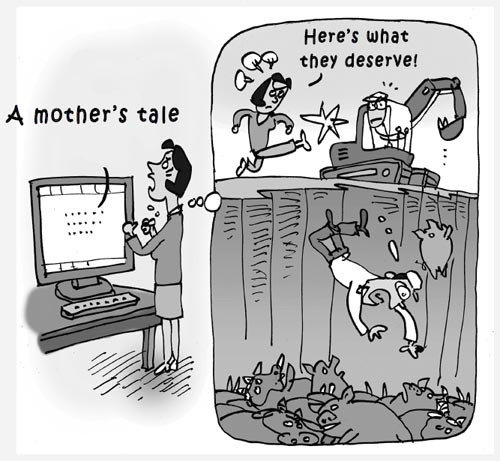 A mother posted a message on an Internet site saying her 19-year-old daughter was battered to death two years ago by two soldiers after she resisted their requests for sex, and the police dismissed the case because one of the soldiers had a police connection. Earlier this week, the police promised to reinvestigate.