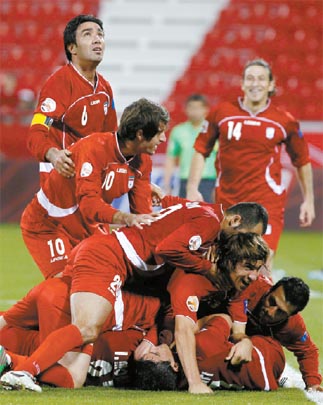 DOHA, Qatar - Iran defeated defending Asian champions Iraq 2-1 on Tuesday, while North Korea was forced into a desperate defensive duel to hold off the United Arab Emirates as the Asian Cup’s opening games wrapped up.

The Iranians stormed back from a goal down to beat their archrival and defending champions and now sit atop Group D after North Korea and the U.A.E. fought out a scoreless draw. Iman Mobali was the hero for Iran, with his free kick drifting in with six minutes remaining for an emotional win that followed a period of silence ahead of the game to honor 77 people who died on Sunday in an Iran plane crash. After that somber moment at Al-Rayyan Stadium, the game between the two countries, who fought a war from 1980 to 1988, burst into life.

Iraqi talisman Younis Mahmoud stunned Iran with the opener, sliding in at the far post on 13 minutes to score from close range after Emad Mohammed had cleverly passed the ball back across goal.

It sparked the three-time champions into life and the equalizer came at the 42 minute mark after former Bolton Wanderers man Andranik Teymourian chipped the ball through to an unmarked Gholamreza Rezai. Rezai, who had just stayed onside, rifled the ball in for an equalizer they fully deserved before Mobali’s late game-winning goal resulted in Iran’s win. 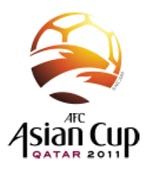 Iraq will now face an upward climb if they hope to defend the title they won against all odds in 2007. The Iraqis have a game against the U.A.E. on Saturday before a potential must-win encounter with North Korea four days later.

The United Arab Emirates and North Korea couldn’t find the net in their clash, but not for want of trying. The North Koreans, who reached the World Cup in South Africa but lost all three games, withstood a barrage of U.A.E. pressure throughout 90 minutes at Qatar Sports Club Stadium.

After North Korean captain Hong Yong-jo squandered an early penalty, the U.A.E. gradually shifted into top gear, relentlessly attacking a disorganized North Korean team. All told, the Gulf side fired off 23 shots, including five on goal, against six for North Korea.

The 1980 Asian Cup semifinalists are back on the continental stage for the first time since 1992 and hardly reached the U.A.E.’s penalty area, leaving Japan-born striker Jong Tae-se helpless up front.

“We didn’t play well,” said North Korea manager Jo Tong-sop. “It was our first match and the players showed about 80 percent of their skills.

“After failing the penalty shot, it became psychologically tough for our players because they became nervous,” added the 51-year-old, who took over from his former boss, Kim Jong-hun, after the World Cup.

“I’m satisfied with the way we played,” Katanec said. “The players showed their character and some nice skills.

“They created a lot of chances but we did not score. It was a problem,” added the 47-year-old Slovenian tactician. “If the [North] Koreans hadn’t missed the penalty, the game could have been different,” he said.