Artists hemmed in by the reins of politics

Artists hemmed in by the reins of politics 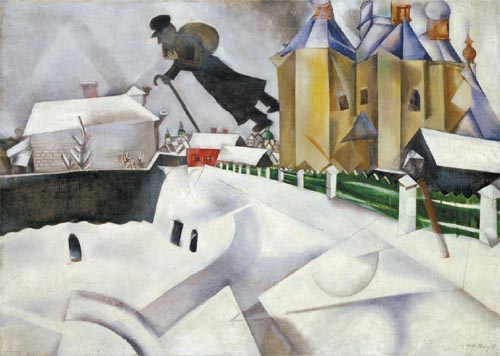 “Over Vitebsk” (1915-1920), an oil painting by Marc Chagall and housed at New York’s Museum of Modern Art, is now on view in Seoul. Provided by Marc Chagall/ADAGP, Paris - SACK, Seoul


About a decade ago, the now-defunct cafe The Snow Falling on Chagall’s Village near Gangman Station in southern Seoul was one of the favored spots for dating among college students. Because of the cafe, I came to know the poem of the same name by Kim Choon-su, after which the cafe was named. Kim’s poem was said to have been inspired by a painting by the Russian-French artist Marc Chagall (1887-1985), but it wasn’t until later that I discovered which painting had inspired the poet. According to the organizers of the show “Chagall: Magician of Color,” which is currently going on in Seoul, it was “Over Vitebsk,” an oil painting from 1920.

In the painting, a man wearing a black suit flies over a town covered blanketed in snow. Parts of the town show influences of Cubism and Expressionism but the naive and charming expression of the flying man is unique to Chagall. The man is wearing the typical outfit of the Ashkenazi Jews of Northeastern Europe. Both his cane and the sack he carries on his back express the legend of the Wandering Jew, who is on a journey to the end of the world.

Being a Jew himself, Chagall must have been thinking about the history of his people while he was making the painting. Or maybe it represents the premonition that he would one day leave his hometown of Vitebsk.

The paintings he created after his departure reflect his longing for his hometown of Vitebsk.

Chagall left Russia forever in 1922 after the Russian Revolution and settled in Europe. 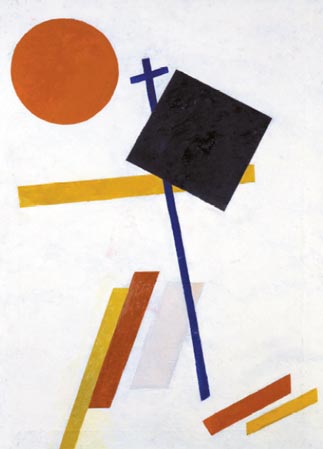 At first, Chagall had supported the revolution because it resulted in Jewish people acquiring the right to citizenship for the first time in Russian history. The revolution had also given artists unprecedented support from the state, which declared that art should be available to all instead of just the bourgeoisie.

But Chagall’s ideas about the revolution soon collided with reality.

When Chagall unveiled a work that celebrated the Revolution, people began to question his ideas, asking questions like: Why are the horses flying in the sky? Isn’t this unrealistic? What does this say about Marxism or Leninism?

Ukrainian artist Kazimir Malevich (1878-1935) was particularly critical, saying that the painting lacked the revolutionary spirit and showed excessive influences from the bourgeois art of artists from Europe.

That didn’t mean that Malevich himself was creating pieces expressing a revolutionary message, but he prided himself on his abstract art piece “Suprematisme” because it was completely different from that of his European contemporaries and it was new.

Though he resisted the criticism, Chagall eventually lost the debate, which ultimately resulted in his departure.

As an artist in a Socialist nation, Chagall was dependant on the state for financial support. But he was dropped from the top to the bottom of the funding list because the funding commission, of which Malevich was a member, agreed with Malevich that Chagall’s works were not supportive enough of the Revolution. 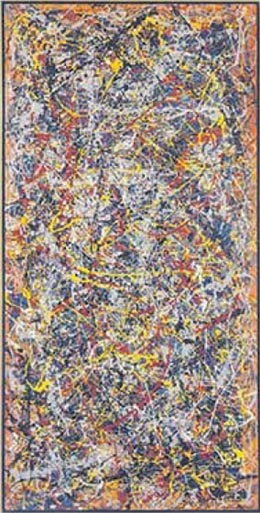 Chagall’s thoughts about the Revolution are expressed in his autobiography “My Life” (1921-22): “I think the Revolution could be a great thing if it retained its respect for what is other and different.”

Malevich may have forced Chagall out of Russia, but he did not fare much better in the new Russia.

After the death of Vladimir Lenon and the rise of Joseph Stalin, Abstract and Avant-garde art, the category under which Malevich’s works fall, were banned because they were regarded as strictly for the bourgeoisie. The only works that were allowed were those of Socialist Realism, which consists of realistic and detailed works promoting socialist ideology.

Many of Malevich’s paintings were confiscated and for a fair amount of time he wasn’t allowed to paint at all. Being one of the famous Avant-garde artists in Russia at one time, Malevich lived a lonely life in poverty until his death from cancer in 1935.

But that wasn’t the end of Russia’s involvement with Avant-garde art. One of the great Avant-garde art movements, Abstract Expressionism, is intertwined with a political conspiracy theory that pits the Soviet Union against the United States, while also validating Malevich’s position on the pure art of the Avant-garde.

Unlike in the Soviet Union, Abstract and Modern art were not widely known in the United States in the early 20th century. As I mentioned in my last column, the mural project launched under the New Deal excluded Avant-garde art because it was regarded as difficult to understand. It was only after World War II that Americans suddenly gained an interest in Abstract Expressionism. The reason, as it turns out, is related to the changes taking place in the Soviet Union through this period.

A major figure in the Abstract Expressionist movement was Jackson Pollock (1912-1956), who introduced the American art world to “action painting.”

In the 1970s, some historians formulated a theory about Pollock’s popularity and power. They said that in the 1950s, when the U.S. was in the throes of McCarthyism, the CIA conspired with New York City’s Metropolitan Museum of Art to support Abstract Expressionist artists like Pollock, arguing that Abstract Expressionism was a response to the Socialist Realism of the Soviet Union. In addition to providing artists with financial support, exhibitions of their work were organized in Europe.

Many object to this theory. Michael Kimmelman, The New York Times’ chief art critic, has cited documents stating that MoMA didn’t organize a lot of overseas exhibitions during that time and Abstract Expressionist works were not a prominent part of the exhibitions it did organize overseas.

It is possible that the controversy stems in part from the fact that Pollock’s art was not well received by the public, yet it commanded high prices in the art market.

Many of us look at modern art and say, “I could have done that.” In reality, works by Pablo Picasso or Henri Matisse are not easy to copy. Pollock’s works, however, appear comparatively easy to imitate. It seems that all you need to do is spray paint on a canvas.

So for many people, including myself, it is a mystery as to why Pollack’s works are so important or why they fetch so much at auction. And I suspect that people who have speculated about the answers to these questions will be interested in the theory about the CIA’s involvement in promoting the work of Pollack and other Abstract Expressionist artists. But the theory hasn’t gained legitimacy.

It’s said to note that even Malevich was not exempt. He was one of the last great Avant-garde artists to emerge from Russia (in addition to Wassily Kandinsky). Today, Russia is devoid of prominent abstract artists while Pollack is one of the most celebrated Avante-garde artists of his time.