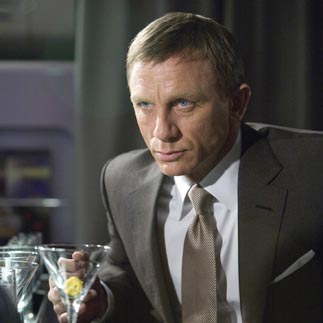 In this undated film publicity image released by Sony, Daniel Craig is shown in a scene from the James Bond film, “Quantum of Solace.” [AP/SONY]

LOS ANGELES - Filming on the latest James Bond movie will start later this year for release in November 2012, its producers said Tuesday after debt-ridden studio giant MGM was saved from financial oblivion.

The latest Bond, starring Daniel Craig as 007, was put on ice last April after Metro-Goldwyn-Mayer was offered for sale to resolve its debt problems and stave off bankruptcy.

But the legendary studio, with a catalogue that includes the Bond franchise as well as the “Pink Panther” and “Rocky” series’, announced a debt-restructuring rescue deal late last year, paving the way for Bond’s return.

Bond 23 - the 23rd installment in the mega-grossing franchise formerly embodied by stars such as Sean Connery and Roger Moore - will be directed by British filmmaker Sam Mendes.

The film “will commence production in late 2011 for a worldwide release on Nov. 9, 2012,” said Michael Wilson and Barbara Broccoli of EON Productions and Gary Barber and Roger Birnbaum of MGM in a statement.

“Daniel Craig will be returning as the legendary British secret agent, with Sam Mendes directing a screenplay written by Neal Purvis, Robert Wade and John Logan,” the statement said.

MGM - famous for its trademark roaring-lion logo - announced in October that its creditors had approved a reorganization plan with U.S. firm Spyglass Entertainment.