In search of the true spirit of photography

In search of the true spirit of photography 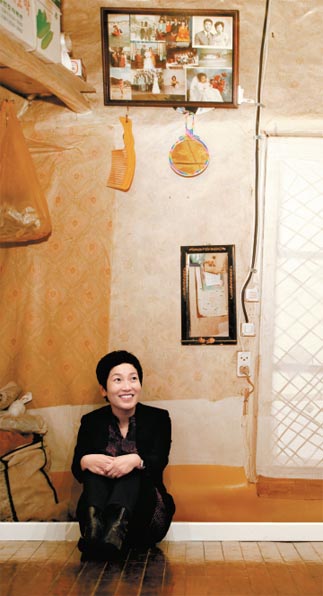 Song Su-jong collected photos for the exhibition “Remember Your Life” from about 70 people. The show runs until Jan. 31. By Park Jong-keun

Every photograph is a priceless representation of time. This is the raison d’etre for curator Song Su-jong in her latest exhibition, “Remember Your Life,” which opened on Dec. 20 as part of the 2010 Seoul Photo Festival.

As the title suggests, she believes that life’s everyday moments are what matter the most.

The exhibition takes a somewhat unusual approach. None of the photos on display were captured through the eyes of professional photographers. Instead, the images were selected from the photo albums of normal families.

If the purpose of photography is to capture the moment, Song said, nowhere is that seen better than in amateurs’ photo albums.

One particularly striking image depicts boys playing outside the official residence of the county governor of Iksan, North Jeolla, in 1940. Another shows a family standing atop a hill overlooking their village.

“That is why I don’t have many photos of my wedding or children,” she said. 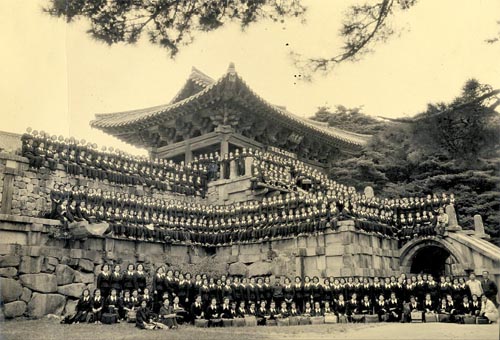 Yoo Gap-sun and her schoolmates pose during a school excursion to Bulguksa, a temple in Gyeongju, in the mid-1960s.


But now Song sees intimate, personal photographs as the essence of photography.

Getting photographs for the exhibition was no easy task.

Song started in her own family’s albums before putting out a public appeal for personal photographs. Over 70 people opened their families’ captured histories to her - and subsequently thousands of strangers.

“I first thought of holding a photo exhibition dedicated to amateur artists,” said Song. “But amateurs have a tendency to imitate professionals. So I took a different approach. I decided to shed light on old pictures that may have been discarded because of the passing of time.”

Next up was to find a perfect location to hold the exhibition. Situated near the Nambu Sunhwan intersection is a building that was once home to the Belgian Embassy. A lot of history is embedded in these walls. Its century-old and worn facade reflects the most important periods of Korea’s contemporary history.

Since 1905, it has housed the Belgian Embassy, a Japanese insurance company, an administrative office of the Japanese navy, a shore patrol office of the Korean Navy and Industrial Bank (now known as Woori Bank).

After it was uprooted from the ground and moved to Dongjak District, southern Seoul, in 1982, it has been the home of the Seoul Museum of Art’s southern branch. Because of its long history, the building in 1977 was given the designation as Korea’s 254th historical landmark.

Song took advantage of the building’s vintage character to produce a welcoming environment, one suitable in which to take a stroll down memory lane.

The exhibition celebrates the deep history of the building and the lives of the families depicted. Every moment in life is beautiful, Song said, and the images on display reflect those times. 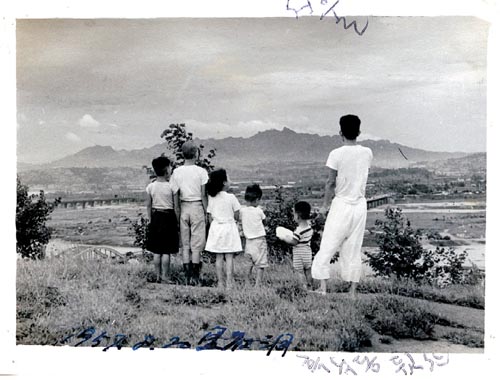 
A snapshot of Song’s past

Song has long been involved in photography.

She has been a judge in World Press Photo’s competition for three years. The annual contest started in 1955 and aims to promote photojournalism around the world. Song was the first Korean to receive the position. “Since the winning artists of World Press Photo are mostly European or American, the committee wanted more diversity in the judging process,” said Song. “I had the advantage of having been a photo director, an Asian and a woman.”

She is also an administrative official for the Angkor Photo Festival, which is entering its seventh year. Her knowledge of photographic art is widely appreciated around the world.

“Just as people change throughout their lives, my perception of photography has changed because of the images in this exhibition,” said the curator.

Although it was unintended, the exhibition came at a perfect time. One of the most memorable masterpieces in the history of amateur photography in Korea is a collection of photos titled “Yunmi’s Home.” It is currently being shown at the Museum of Photography. The collection was originally put together by the late architect and photographer Jeon Mong-gag (1931-2006), depicting his daughter’s life from birth to marriage.

“Yunmi’s Home” became a large inspiration for “Remember Your Life.” 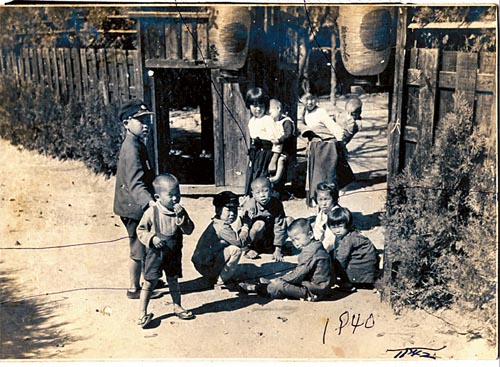 Boys play outside the official residence of the county governor of Iksan, North Jeolla, in 1940. Provided by Song Su-jong


In her opinion, amateur photography is on the decline, having gone through its golden years in the 1990s. “The main reason is that cameras are just too high-tech for most people to handle these days. Not many know how to really use their cameras,” explained Song.

She points out that amateur artists are usually adverse to hanging their work up in their homes. Song wants to change that. She encourages photographers to get to know their cameras and explore subjects and environments that are personal to them.

“When I lecture, I tell people to take photos of their living rooms. Not even professionals can imitate such photos. That will set you apart,” said Song. “A photo that portrays even the most mediocre aspect of life can become more breathtaking than any photo conjured up by a professional.”

Song is a specialist in photography, but when asked what she does for a living, she answered, “I do everything there is to do with photography, except being a photographer.”

She admits that you won’t find her pushing the shutter very often, but said that it actually gives her a different perspective on the art - one that is outside looking in, which allows her to see the big picture.

Song was born in 1972 and graduated from Seoul National University’s department of Korean language education. Her major allowed her to fall in love with Korean literature. In her college years, she got a job at GEO, the Korean version of a magazine known for high-quality photography. Later, she became its photo editor and eventually head editor at the age of 28.

After the magazine folded in 2005, she worked as the editor of Korean Airlines’ in-flight magazine, Morning Calm. In 2007, she earned a master’s degree from Korea University’s department of film culture.

At the end of this month, she will participate in the judging of the next installment of World Press Photo’s competition, where she is charged with eliminating over 80 percent of the 100,000 photos submitted from around the world.

Song scratched a sentence from Aldous Huxley’s “Brave New World” on the floor of the exhibition hall. It reads, “Everyone’s memories are literature on their own.”

Her intention is to connect memories, photography and literature for visitors to the exhibition.

“I started to realize that these somewhat staged moments are the essence of photo albums,” she said.

The exhibition runs through Jan. 31 at the Seoul Museum of Art’s southern branch.