DOHA, Qatar - Iran’s bid to become the first team to win the Asian Cup four times picked up steam on Saturday when it reached the last eight with a 1-0 win over North Korea.

Defending champion Iraq salvaged its hopes of advancing thanks to a U.A.E own goal in injury time.

Walid Abbas poked the ball into his own net in the fourth minute of stoppage time to allow Iraq to escape with a 1-0 victory. 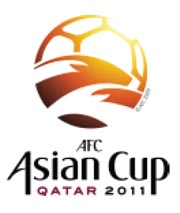 Iraq can qualify by beating North Korea in its final Group D match on Wednesday, when the United Arab Emirates plays Iran.

“It’s all in our own hands now,’’ Iraq’s German coach Wolfgang Sidka said.

Iran has a perfect record and six points from two games, joining Group A leader Uzbekistan to secure a spot in the quarterfinals. Iraq has three points and North Korea and the U.A.E. have one each.

“It’s a fantastic achievement to qualify for the quarterfinals,’’ Iran’s coach Afshin Ghotbi said, calling his team’s group the toughest in the tournament.

Ghotbi, who is stepping down after the tournament, had to bring in four new players to his lineup because of a flu epidemic that hit his squad.

“It shows the depth of our bench,’’ he said. “When we came into the tournament it was very important for us to get the job done in the first two matches because now we can have one extra day for recovery and hope to have a fully fit squad again.”

“Luck was on our side today, but looking at the entire match I think we deserved it,’’ Sidka said. “We were better most of the first half, we hit the crossbar twice and we attacked more in the second half.’’

Younus Mahmood fired a ball in from the right and Abbas diverted it past his own goalkeeper to stun a U.A.E. side that also hit the frame in the second half.

Iran’s goal came from striker Karim Ansari in the 62nd minute, when he beat the North Korean defense to tap in a cross from Pejman Nouri.

North Korea captain Hong Yong-jo nearly equalized in injury time but hit the crossbar as his team went into attack too late.

In the first half, North Korea looked as disciplined as about three dozen of its supporters, all wearing long-sleeved white shirts with dark ties in Doha’s small and far-from-full Sports City Stadium, which only saw 6,488 in attendance for the match.

The speedy, tenacious North Koreans frustrated Iran’s attempt to attack, but did little to attempt to score themselves.

“They defend with numbers, they are very well organized, they are fast and they are dangerous with counterattacks,’’ Ghotbi said. “In the first half, it was a sea of red [shirts] around the ball all the time.

“When you play North Korea, you have to stay patient. I told my players at halftime to step up the pace and we circulated the ball faster and found the space to create the goal.”