Actor gets 4 years for drug use

Actor gets 4 years for drug use 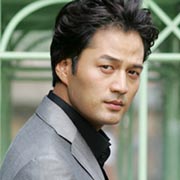 Actor Kim Sung-min yesterday was sentenced to four years in prison and fined 904,500 won ($900) on charges of smoking marijuana.

“Since Kim is a popular actor, his crimes were dealt with more severely. But he is very repentant,” said the Central District Prosecutors’ Office in a statement.

Kim will not require treatment for drug abuse, the statement said.

After the sentencing, Kim, wearing a blue prisoner’s uniform, spoke to the press at the front of the courthouse.

“I couldn’t fight the temptation from those who offered me the drugs,” Kim said.

The actor, who was once popular on the “What Makes a Man” segment of KBS’s “Happy Sunday,” said his drug use was accompanied by a case of severe depression following a series of failed investments, his breakup with his girlfriend and having been the victim of a con.

He also said that although he did smuggle methamphetamine into the country, he did not offer the drugs to others.

“It will be a long winter and I will live through it by trying to meet the expectations of those who care deeply for me,” Kim said.