The West is red ­

The West is red ­ 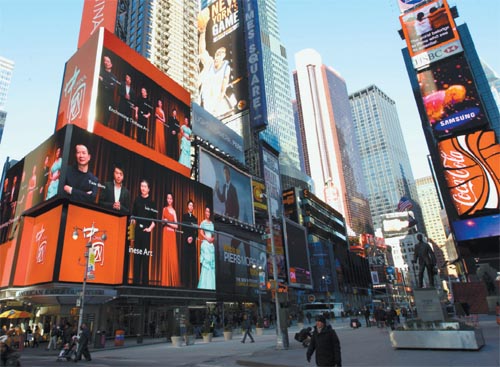 Footage of a film promoting China, left, is shown on a screen in Times Square in New York yesterday as Chinese President Hu Jintao flew to the U.S. for a summit with U.S. President Barack Obama in Washington Wednesday. On top of their agenda will be how to deal with North Korea. [YONHAP]