Struggle for balance in cultural preservation

Struggle for balance in cultural preservation

Korea is quickly gaining recognition for its living traditions, following aggressive campaigns to have major cultural and heritage sites listed among the world’s best.

Last year the traditional villages of Yangdong in Gyeongju and Hahoe in Andong were designated as World Heritage sites with the United Nations Educational, Scientific and Cultural Organization.

Meanwhile, Gwanghwamun Plaza, reopened in August 2009 after a restoration project, and Gwanghwamun, the main gate of Gyeongbok Palace, reopened on Independence Day last year after a four-year reconstruction project.

In the midst of all of this promotion and redevelopment work is a debate on whether to preserve a country’s cultural heritage or redevelop it. Most scholars are not in favor of redevelopment and advocate cultural preservation. Cho You-jeon, director of the Gyeonggi Cultural Foundation, believes that there is a place for both.

He talked about what Korea needs to do to promote and preserve cultural sites with the Korea JoongAng Daily on Monday at his office in Suwon. 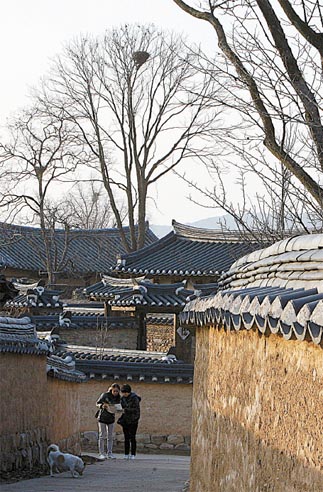 “With redevelopment, the people living within a culture heritage site could have a more modern and convenient life,” he said. “The act of redevelopment could even create jobs and revive the local economy.”

But he acknowledged the problems that can arise when cultural preservation clashes with redevelopment and modernization.

“It would have been nice if all the sites could be preserved as they were during the Joseon Dynasty [1392-1897],” Cho said. “But the city is always developing. Even though we know now that there are remains of the old capital all around the Jongno area, we can’t just demolish all of the buildings that already exist.”

Still, he emphasized that no new redevelopment projects should be undertaken in the area.

Cho has especially strong views on excavation of cultural sites.

He was involved in the excavation of the royal tomb of King Muryeong of Baekje 40 years ago in 1971. The process was done within one day, and the artifacts were dug out without regard for preservation of the site as a whole. Many archeologists and experts have since been critical of how the work was done. 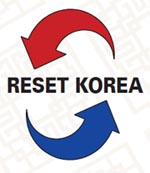 “I can still picture how it was done, since I was there,” Cho said. “Despite how poorly the job was done, the found artifacts have been used as a barometer to study many other artifacts that are believed to have been used in the same period.”

He added that the nation needs to consider which sites to excavate and to what extent those sites should be redeveloped, especially with the advances in excavation technology.

“We need to see the big picture when excavating so that tradition harmonizes with modernity,” he said.

Meanwhile, advocates of cultural preservation are striving to have Korean cultural heritage sites be designed as Unesco World Heritage sites. Last year, Yangdong Village in Gyeongju and Hahoe Village in Andong became the most recent additions to the list.

But some people have raised concerns that the accommodations built around the village for tourists and the adjustments made to the village for residents will harm the beauty of the sites.

Cho, however, believes that modernizing the traditional homes can actually work toward their preservation.

“It’s more important to have people actually living in the village,” he said. After all, one of the reasons that both villages were designated as World Heritage sites was that they are living villages, he said.

“Of course we cannot change the location of the homes or destroy the original buildings and build new ones that look the same,” Cho said. “But we can update the kitchen area with a gas pipe and burner, or build a soil-hardened wall instead of a fence made out of twigs. As long as we keep the essence of the tradition, the act of modernization becomes part of the tradition we are trying to preserve.” 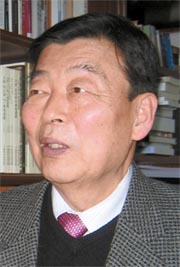 He asserted that Korea should try to have more of its heritage sites and artifacts recognized in the global community.

“The designation doesn’t mean that those particular cultural artifacts or sites are better than any others,” Cho said. “But it is a good way to let the world know what we have while attracting tourists interested in Korean culture. That could eventually trigger more study on our culture.”

Cho is also an advocate of arts education, and argues that it is only through education that these heritage sites will be maintained.

“About 70 to 80 percent of college students say that they don’t recall having gone to a museum until after college,” Cho said, emphasizing that arts programs be integrated into school curriculums. He also hopes students will be given a broader education in Korean history.

“It’s not right for schools to not require high school students to study Korean history,” Cho said, referring to a 2009 curriculum revision that makes Korean history an elective in high school.

“If it’s a problem to have students memorize the details of a historical event, then schools should change the curriculum so that students learn why and how something happened and in what circumstances,” he said.

He argues that museums are a valuable national resource for appreciating cultural heritages and understanding history, and he recommends that people visit the nation’s more than 1,000 national or private museums.

“There are museums everywhere,” Cho said. “Of course, the National Museum of Korea offers a wide variety of exhibits, but there are more than enough other museums offering interesting exhibits.”

And he emphasized the importance of seeing artifacts in person, rather viewing them online or in a book.

“If you see something in person, chances are you are going to remember it longer than something you read about,” Cho said.

He also urges museums to offer more interactive exhibits that encourage visitors to connect with them.

Gwanghwamun Plaza opened to the public in August 2009.

“We need to develop something very Korean and I think that should start with hanok Korean traditional lodging],” Cho said.

He envisions a facility that offers a complete cultural experience in one place. Guests could learn about traditional Korean clothes and food by trying them out, he said. Businesses have been slow to adopt the idea, but he believes that once it catches on it will be popular.

Some hanok guesthouses offer similar experiences, but Cho believes they could go further.

“They could eventually become so popular that people have to make a booking well in advance in order to secure a room,” he said.