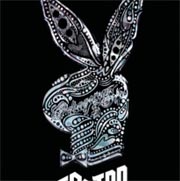 It’s been two years since Big Bang has had a new album, but that doesn’t mean one of the country’s most versatile boy bands has been idle. All five members - two rappers and three singers - have made individual television appearances, shot movies or released solo albums.

The most recent of these projects involves two of the most popular and competent singers - G-Dragon and T.O.P. The two have teamed up for an album that both fans and industry insiders had been looking forward to. The music on the album, called “GD&TOP,” which was released in June, exceeds expectations, at least for the first half. The second and third tracks “High High” and “Oh Yeah! (Featuring Park Bom)” are typical of YG Entertainment for their heart-pounding beats, electronic sound and the liberal use of Auto-Tune. The fourth and fifth songs - “Don’t Go Home” and “Baby Good Night” - are notable because they show G-Dragon’s potential as a singer for the first time. His voice, which is charismatic yet boyish, is incredibly emotional and sexy on these songs. But the album starts to lose steam by the seventh track, “Oh Mom.” It and the last four tracks play with various genres that are hard to define. G-Dragon may have intended them as a musical experiment but “What Am I Supposed To Do?” made me wonder what I was supposed to do with the song.