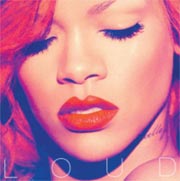 The girl from Barbados is back with a new album titled, “Loud.” As the album’s title indicates, Rihanna has taken it upon herself to focus on her strong points.

Her ever so attractive voice, which landed her a spot as Jay Z’s muse, is getting a full push with songs that have strong reggae and mid-tempo beats.

All of this may well have been expected based on the young superstar’s previous hits.

The album’s most popular song, “Only Girl,” is reminiscent of her singles “Please Don’t Stop the Music” and “Te Amo.”

This album proves that the voice that enabled Rihanna to climb up to stardom can also be a disadvantage - many of the songs sound similar.

But all is not lost.

The song “California King Bed” is a nice continuation of Rihanna’s heartwarming ballads.

The jewel of the whole album is the last track - the sequel to “Love the Way You Lie,” which appears on Eminem’s album “Recovery.”

In “Love the Way You Lie (Part II),” Rihanna was able to add to the desperate mood of the first song. The duet between her and Eminem ties the album together and shows that this young lady still has the ability to step out of her comfort zone.