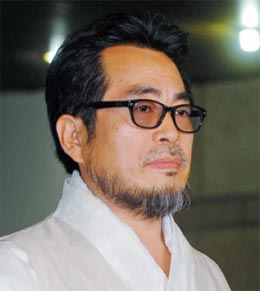 Min Hong-gyu, former chief of the nation’s state seal management team, was sentenced yesterday to two years and six months in prison for embezzlement and fraud.

According to the Seoul Central District Court, Min contracted with the Roh Moo-hyun administration in May 2007 to craft the fourth phoenix-shaped stamp, which presidents use to mark important state documents, after the previous seal was found to have cracks in it.

At the time, Min told government officials, “I have mastered the 600-year-old secret method of manufacturing by the traditional method,” according to investigators.

But Min confessed to prosecutors in September 2010 that he had no expertise in making the seal in the traditional method and, in fact, the fourth state seal, which he and his team members had crafted, was manufactured in a modern kiln in Icheon, Gyeonggi.

“Considering the fact that Min doesn’t know even how to build a kiln, it can’t be seen that Min knows the traditional method for crafting the state seal,” the court said.

Min tried to sell another fake seal for 4 billion won by displaying it at a store in Seoul. He was acquitted of this charge because he failed to find a customer.