The legacy of Park Wan-suh

The legacy of Park Wan-suh 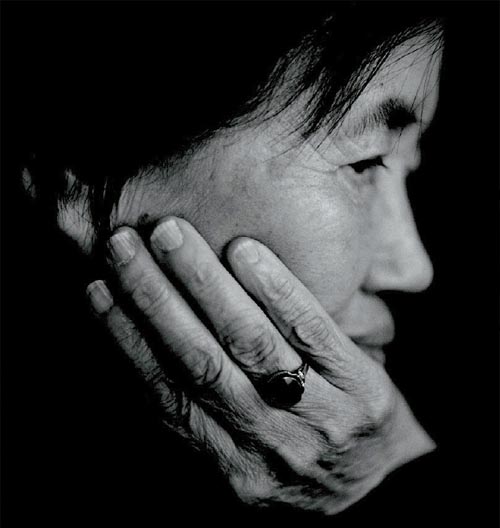 Novelist Park Wan-suh’s death on Saturday resonated among the millions of Koreans who identified with her tales of the tragedy of the Korean War and its legacy for women.

In the days since the renowned novelist succumbed to gallbladder cancer, an outpouring of support has been seen everywhere from memorials and bookstore displays to cyberspace.

At the Korean literature section of Kyobo bookstore’s Gwanghwamun location, a special display of dozens of novels and essays penned by Park have been drawing crowds of her admirers. “Park’s warm-hearted novels that depicted the struggles of the ordinary middle-class population will continue to resonate in my heart,” said Park Suzin, a college student.

Sales of the prolific writer’s books increased almost four-fold last weekend at the Gwanghwamun branch of the nation’s biggest bookstore compared to the previous weekend.

Kim Hyeon-jeong of Kyobo’s public relations department said she sees the trend continuing. “Based on a daily sales comparison average, sales of Park’s books increased five-fold on Monday and 10-fold on Tuesday. Park produced a great deal of work as a writer for 40 years. Her death seems to have seized the hearts of Koreans,” said Kim.

A cascade of grief has also taken place online. In message boards, blog postings and tweets, thousands of people said the beloved writer channeled their feelings through her writing. “I stayed up all night with your first book, ‘The Naked Tree,’ when I was a third-year student in high school,” wrote a mourning fan on a message board on Kyobo bookstore’s Web site. “Your words incorporated the deepest part of my heart, and I have dreamed of becoming a Korean literature translator ever since.”

Literary critics say she was one of the most gifted storytellers in modern Korean literature. 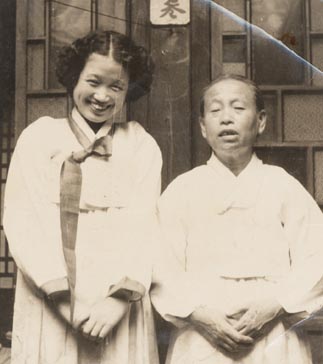 Park Wan-suh (left) poses with her mother-in-law in 1953 after getting married.

After debuting in 1970 at the age of 40, Park dedicated herself to telling the story of society. She wrote prolifically for decades, producing a mountain of work that included novels, essays and children’s books. The writer was a rarity in that her work was broadly popular with consumers and in literary circles.

Until her death, she never stopped writing. In July last year, Park published an essay “Roads Not Taken Are More Beautiful,” which depicts the latter stages of her life and affection for nature. In an interview with the JoongAng Ilbo at the time, Park spoke of her aspirations to write a romance novel, saying, “Every novelist dreams of writing an everlasting love story.”

After being diagnosed with gallbladder cancer last September and going through chemotherapy at Samsung Medical Center where her third son-in-law works as a doctor, the spirited writer seemed to have been out of the woods. In the following months, she started increasing her daily activities and recently agreed to lead the Munhakdongne literary magazine’s screening process to uncover Korea’s most promising novice writer. It almost seemed like a tragic coincidence, then, when Park passed away due to complications from her cancer treatment at 6:17 a.m. on the day she had planned to announce her assessment.

Park’s writing is known for its realism. “Things that have not been experienced cannot be written,” she often said. Along these lines, Park’s words were often characterized as a testament to the past - especially her horrendous memories of the Korean War and its legacy.

“For the sake of survival, I had to endure every indignity and act of brutality that you can imagine. What kept me alive amid all the grief was my desire to document life. There were times I had to crawl like a worm; a deep sense of regret that built up into a desire for revenge maintained my last bastion of self-esteem. I wanted to document the injustices of the war. It was at that moment that I realized the value of literature,” she said.

In her autobiographical novel, “Who Ate Up All the Shinga?” Park gave her account of what drove her to write. The cruelty of war and the acrimony that followed were Park’s main motives. The battle-scarred writer suffered the loss of her brother and helplessly witnessed her mother’s desperation to keep her family alive during the war. 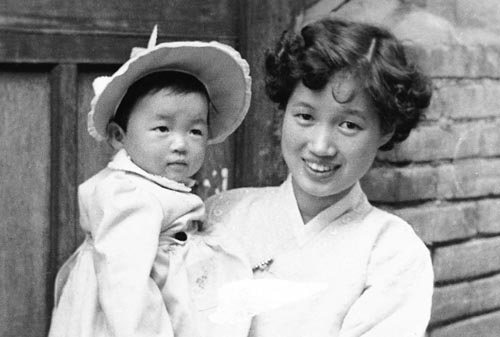 
Life’s cycles can be tragic at times. Like her mother, Park had to bear the death of a son. In 1988, her only son Ho Won-tae died in a traffic accident. He had been a medical student at Seoul National University. The wicked act of fate was later incorporated into the short novel “My Very Last Possession” (1994).

A great deal of Park’s library of work deals with the vanity that came with postwar Korean economic growth. The novel “A Faltering Afternoon” (1977) is typical of this. In the book, lead character Cho-hee exposes society’s connection of marriage to material wealth - especially when it comes to the motivation driving women’s desire to marry.

Park’s criticism of society had been so sharp that she presented her own experiences as anecdotal evidence of social inconsistencies. She stripped bare every aspect of life - from human instinct to desire. In this sense, critic Kim Su-i said readers “felt a sadomasochistic pleasure” when reading her novels.

Throughout her career, she threw her weight behind social causes. She financially supported the Writers Association of Korea in the 1980s when it confronted the authoritarian government.

Poet Lee Si-young said, “When the government forced Changbi Publishers to close in 1988, Park actively participated in a petition campaign that collected signatures of 2,853 intellectuals. She submitted the document to the Culture Ministry with novelists Hwang Sun-won and Lee Ho-chul.” She felt an ingrained responsibility to right the wrongs of society.

Park’s death was especially hard for the generation of writers that she inspired. “While having dinner, I was informed of her death. I could not even hold my spoon after that. I walked out to the street and stood there blankly for a while,” said novelist Shin Kyoung-suk.

Park revealed her thoughts on death in her book marking the 30th anniversary of her first publication in 2000.

“One of my beloved children suddenly disappeared when he was in his prime. All that kept me from going insane was the hope that I would soon follow him wherever he is,” she wrote.

According to literary critic Kim Yoon-shik, emeritus professor of Seoul National University, Park’s legacy is her portrayal of the modern Korean woman.

“After the Japanese colonial period, Korea underwent a tortuous period of history. Almost all of the literature dealing with the trauma was written from a man’s point of view. Park, however, revealed how women suffered through those times,” said Kim.

Park was buried alongside her late husband and son at Yongin Catholic Cemetery on Wednesday.

A selection of Park Wan-suh’s major works, from left, are “The Naked Tree,” “A Faltering Afternoon,” ”Mom’s Stake,” “Who Ate Up All the Shinga?” “Kindhearted Bokhee,” and “When I Was Young.”

1977
- Publishes novel “A Faltering Afternoon,” essay “Applause to a Backmarker”

2009
- Publishes novel “Three Wishes,” children’s book “Good to Be Born in This World” and “When I Was Young”