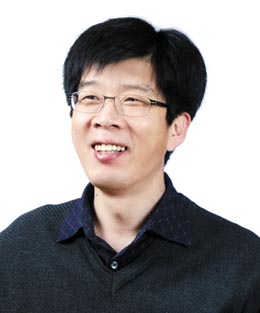 He will enter Korea National College of Agriculture and Fisheries in March, becoming the first from a prestigious academic background to join the college since it was founded in 1997.

“I decided to embark on the adventure because I have confidence in the local industrial crop market,” Sohn said.

He will be taking courses at the college’s Department of Industrial Crops & Mushrooms.

Sohn worked for a large food manufacturing company for 15 years after studying agricultural education at SNU.

His dream was to become a teacher, but a change in Korea’s education policy made it tough to land a job. After considering his options, he decided to work for a food manufacturing firm instead.

After working there for five years, he began to see opportunities in the farming sector, particularly in the increasing demand for organic raw materials such as raisin tree extracts.

He had also been growing disgruntled working for a large company. He was under extreme stress because of a tense work environment.

As time passed, Sohn began to envision himself growing industrial crops, working in the agriculture sector.

“The higher the consumption level, the more interest people have in health,” Sohn said. “I saw endless possibilities and increasing demand in the cash crops market such as ginseng and yacon.”

Sohn said that extensive networking helped him see the bigger picture and gave him more options for his future.

Instead of going directly to farming at the time, Sohn slogged it out for 10 more years to save money.

He decided to enter the three-year college because he wanted to accumulate the theoretical knowledge his friends said was necessary to avoid failure when it came to starting a farming business.

“Agriculture technology in general has developed rapidly, and I wanted to receive practical training,” Sohn said, noting that he had also wanted to meet like-minded people at college.

Though his wife at first doubted his career change, she soon became convinced because of his confidence in the rapid development of the country’s agriculture sector as a valuable investment.

“The agriculture industry during my father’s generation was only considered a primary industry,” Sohn said.

“But today, the agriculture industry is receiving recognition as a secondary and tertiary industry linked to tourism and processing industries that create value.

“I feel happy to be able to start a new chapter in life at a relatively young age,” he said.