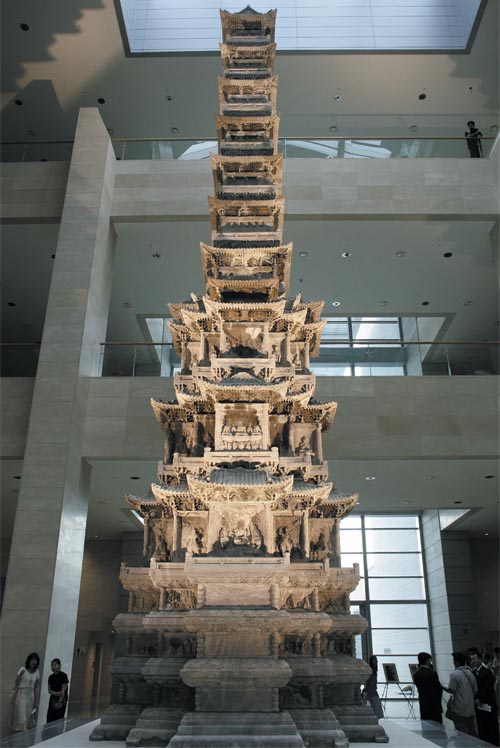 The foundation and each level of the pagoda are filled with carvings depicting subjects such as Buddhas, Bodhisattvas and flowers. The pagoda is attractive because of its balanced structure and detailed carvings and is valuable because it preserves the structure of Goryeo-era wooden buildings.

The pagoda was dismantled during the Japanese occupation of Korea and shipped to Japan.

It was later returned and stored in Gyeongbok Palace. After a 10-year restoration, the national treasure now stands tall at the National Museum of Korea.