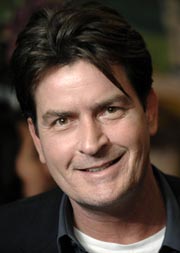 Troubled actor Charlie Sheen checked into rehab Friday, a day after he was rushed to the hospital from a reported drug- and booze-fueled marathon party, his latest career-challenging bender.

The decision triggered the suspension of production on the hit television series “Two and a Half Men,” in which Sheen stars as a hedonistic bachelor, and is seen in dozens of countries around the world.

The 45-year-old star - nicknamed “Good Time Charlie” - spent the day in a hospital Thursday after suffering what was described as “severe abdominal pains,” reportedly due to a hernia.