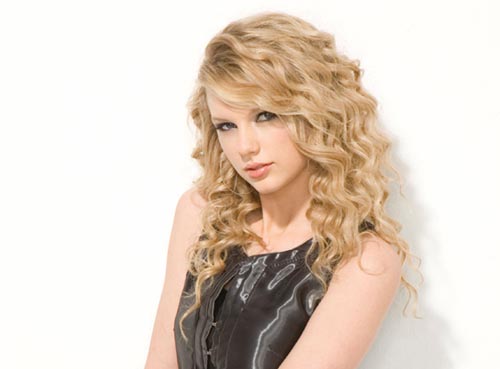 Country pop princess Taylor Swift will be performing her first concert in Korea at Olympic Gymnastics Arena in southeastern Seoul on Feb. 11. See MUSIC. Provided by the organizers

Feb. 11: Country pop princess Taylor Swift is gearing up to perform her first concert in Korea. Swift, the winner of seven American Music Awards and four Grammy Awards, will perform a number of songs from her latest album, “Speak,” which was released on Oct. 25.

She will also perform hits from her previous albums, including songs such as “Teardrops on My Guitar,” “Love Story” and “You Belong with Me.”


LOVE OF THE CENTURY

Feb. 13: This concert aims to create a harmonic relationship among the worlds of art, literature and music, using both visual and audio elements. In one piece, for example, the work of French novelist George Sand is portrayed through the music of Chopin.

This concert will be divided into two parts: classic and popular music. The show starts at 8 p.m.

Feb. 17: Rose Jang is a Korean-American singer who made a name for herself internationally by mixing operatic arias with classic pop hits and songs from musicals. One of Jang’s most famous pieces is her rendition of the song “Memory” from the musical “Cats.”

During her concert in Korea, Jang will sing songs in a variety of genres, from rock to opera. The lineup will include “All I Ask of You” from the musical “The Phantom of the Opera,” “My Heart Will Go On” by Celine Dion, and “Doraji,” a traditional Korean opera.

Feb. 20: English blues-rock guitarist and singer-songwriter Eric Clapton is returning to Korea for the third time since 2007.

Clapton has been inducted into the Rock and Roll Hall of Fame three times and was ranked fourth in Rolling Stone magazine’s list of the 100 top guitarists of all time.

Schiff won a Grammy Award for best instrumental soloist performance in 1990 for his version of Bach’s “English Suites,” and in 2007 he won the Royal Academy of Music Bach Prize.

Feb. 26: Mexican operatic tenor Francisco Araiza has twice won the Orphee d’Or by the Academie Nationale du Disque Lyrique Paris. In this concert, he will be performing pieces from Mozart, Veber and Verdi.

After his death, Bailey Rae went on a spiritual hiatus for nearly two years and finally returned last year with her second album, “The Sea,” in January 2010. At the concert, she will perform songs from “The Sea” and her eponymous first album, including hits such as “Like a Star” and “Put Your Records On.”

To Feb. 27: Based on the movie of the same name, and with music by Elton John, this musical has been a mega-hit worldwide. This is the first non-English language production of the show, which was previously produced in Britain, Australia and the United States.

To Feb. 27: The Korea National Ballet is presenting the Paris Opera Ballet’s version of “Giselle” for the first time in Korea.

The ballet tells the story of a peasant girl named Giselle who dies but comes back as a ghost to protect her lover, Albert, from a group of evil female spirits.

The ballet was first presented in 1841, and the choreography is based on the original French version from the 19th century.

This story of Ethiopian princess Aida is one of forbidden love.

Aida is captured and sold into slavery in Egypt, where Egyptian military commander Radames falls in love with her.

As the military commander of Egypt, Radames is not allowed to love a woman from a different country, and he struggles to choose between her and his service to the Pharaoh.

To make matters worse, the Pharaoh’s daughter, Amneris, is in love with him. Will Radames chose love or success?

Thursday: To celebrate the Year of the Rabbit, the National Theater of Korea is performing a play about a clever rabbit’s adventures in an underwater world.

The Miru performance team restructured one of its most popular plays into more of a family musical that incorporates traditional Korean orchestra music and folk songs.

The theater will also host the New Year’s Day Festival on Thursday at its Cultural Plaza. The festival will offer visitors the chance to participate in a treasure hunt and a variety of popular winter events, such as kite-flying and yutnori, a traditional board game.

Thursday to Saturday: This performance at the National Gugak Center will feature new music composed in traditional styles.

The music selections were chosen via a competition that started last May to celebrate the 60th anniversary of the center’s opening.

The lineup varies each day. On Thursday, the performance will be focused on songs about rabbits, while on Friday and Saturday the lineup will feature pieces selected from the competition.

The performance on Friday will also open with a song composed by Belgian composer and violinist Baudouin de Jaer.

To Feb. 7: Cheongpyeong, located about an hour east of Seoul in Gapyeong County, Gyeonggi, is a popular winter destination for Koreans.

It is situated on the banks of a beautiful lake with dramatic mountains in the surrounding area and is populated by resorts focusing on water sports.

During this festival, visitors can enjoy trout fishing and various winter sports like snowmobile riding.

To Feb. 17: Pyeongchang originally postponed the start of its annual trout festival from late December to early January because of concerns about foot-and-mouth disease. But the festival is in full swing now, offering plenty of snow, ice and trout fishing.