FMD casts its pall over the holidays

FMD casts its pall over the holidays 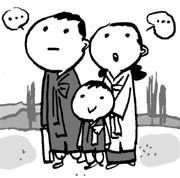 One of the teachings of the Chinese classic “The Book of Changes” is that all objects have a place to which they return. The homing instinct is expressed in humans in wanting to go back to their hometowns. It is almost a natural, inherent instinct to miss the place you were born. In Confucian culture, people go back to their hometowns to celebrate the holidays with friends and family, and their travels are often described as the “great movement of the nation.”

The Lunar New Year is known as “Spring Festival,” when scattered families come together to celebrate the dawn of the new year. This year, 2.8 billion trips - more than twice the total population of China - will take place in Asia.

As migrant workers leave the cities to go back to their rural hometowns, the entire continent will be flooded with travelers.

Tet Nguyen Dan, or Tet for short, is the most important holiday in Vietnam. The Lunar New Year is also the time to return home for family reunions, with 20 million people, or one out of four Vietnamese, traveling during the period.

The holiday is also the time when the most number of overseas Vietnamese return to their homeland. Exchanging gifts is an important tradition, and even the stingiest Vietnamese become exceptionally generous when buying gifts to bring home. Six of 10 Vietnamese spend 70 percent of their monthly in come on New Year’s gifts, according to a survey.

Koreans are no exception when it comes to homecoming for the Lunar New Year. However, this year, not many urban Koreans can return to their hometowns in the wake of rampaging foot-and-mouth disease.

The government and local government agencies are appealing to the citizens to refrain from traveling during the holiday season. Regional associations are sending letters to their members asking them not to come home this year. The North Jeolla Province Natives Association told its 3.5 million members: “If you care about your hometown, keeping away is the best option for now.”

Kim In-hu, a famous Confucian scholar during the Joseon Dynasty, was left alone at Seonggyungwan, a state academy, as he was unable to return home for the holiday. “I am lonely as a monk in the wilderness. I can only dream about the hills behind my home,” he lamented. Only prompt and effective control of foot-and-mouth disease can comfort the loneliness of those who cannot return home for the new year.