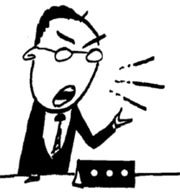 After Korea was liberated from the Japanese in 1945, restoring law and order was an urgent task for the U.S. military government in Korea. The U.S. had to rebuild the justice system as part of stabilizing the country. There were only about 150 Korean legal professionals in the country at the time. And those who had served as a judge or a prosecutor were condemned as Japanese collaborators.

The government needed new blood. They launched a plan to fill the justice system with Korean professionals. The Koreans who had been pushed out to more trivial positions during the colonial period were now the core of the system. The new age offered great opportunity for aspiring attorneys. The U.S. military government picked judges, prosecutors and lawyers through new, special examinations.

By the time the government of the Republic of Korea was established in August 1948, the justice system had barely taken shape, with 156 judges and 145 prosecutors. There were only about 60 lawyers. Because most legal professionals were hired as judges and prosecutors, lawyers were a rarity.

With the enactment of the Attorney Act in 1949, lawyers had to pass the High Civil Examination. By the 1980s, the number of lawyers exceeded 1,000. In the 2000s, the state bar exam produced 1,000 legal professionals every year. Today, there are over 10,000 lawyers. Four out of 10 people who passed the bar examination and completed the Judicial Research Training Institute in January graduated without securing employment. So much has changed since liberation.

A 34-year-old lawyer created a stir during the Seoul Bar Association’s election this week to choose a new head when he came in second. The man was considered unusually young to seek the position, and he was the first lawyer, instead of being a prosecutor or judge, to run for the post. The change was propelled by young lawyers who don’t have the experience of being judges or prosecutors. They are facing a new reality in which the legal profession is becoming saturated.

A lawyer is just another licensed professional. We need to break the fantasy that you can become rich by practicing law. Many smaller cities and communities have no local lawyers, meaning residents have trouble obtaining legal advice. But if lawyers want to serve the average citizen, there may be plenty of jobs for them.