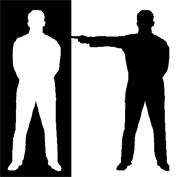 Two suspects are arrested and interrogated separately. Each is offered a deal: upon confession, the sentence will be minimized. If they both refuse to cooperate, they both walk. If one testifies and the other remains silent, the one who did not confess will receive a heavy sentence. Theoretically, it is in the best interest of both players to remain silent. But in reality, both prisoners usually choose to testify because they cannot be certain of the other prisoner’s decision.

The prisoner’s dilemma is a fundamental problem in game theory, which has significant impact on social science. John von Neumann, a pioneer in game theory, said that in the world of perfect communication, there would be no prisoner’s dilemma - but that is not the world we live in. The dilemma transcends time and location. Even when both Washington and Moscow knew that nuclear reduction was the best option for both parties, they engaged in a heated nuclear arms race throughout the Cold War. Minister of Strategy and Finance Yoon Jeung-hyun compared the problem to a potential currency war and the risk of protectionism related to the Chinese yuan’s revaluation.

“If each country only pursues its own interests, the global economy would be faced with a prisoner’s dilemma that no player wants,” he warned.

The prisoner’s dilemma also extends to price-fixing cartels. When authorities begin an investigation, companies line up to confess about the illegal practice. LG and four Taiwanese companies were fined $650 million for price fixing, but Samsung received immunity for being the first to provide information about the scandal.

Betrayal is not always the best solution. As the prisoner’s dilemma gets repeated, players begin to realize cooperation is better than betrayal. During World War I for example, British and German soldiers would cease fire during meals.

Under interrogation, the Somali pirates captured by the Korean Navy have begun to break. On the first day of questioning, they said they did not even know how to shoot a gun. The next day, they acknowledged they shot at our soldiers. One fingered a fellow pirate for shooting Captain Seok Hae-gyun. The pirates know full well that Korean authorities could take a confession into consideration and expect more lenient sentencing in Korean courts. The Somali pirates are faced with a true prisoner’s dilemma.

*The writer is a senior international reporter at the JoongAng Ilbo.