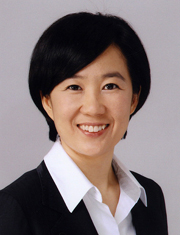 The minor left-leaning Democratic Labor Party is grappling with a growing scandal involving a member who is accused of being violent with a public employee in Seongnam, Gyeonggi.

The police opened an investigation into the case yesterday after the female employee accused DLP member Lee Sook-jung of verbally and physically assaulting her.

According to the 23-year-old woman, Lee, a Seongnam city council member, went to the Pangyo Resident Center, where the woman works part time, on Jan. 27 and attacked her after she did not recognize Lee’s name and asked her to repeat it during a phone conversation.

A video that captured the commotion and was aired by MBC on Feb. 1 showed that Lee threw off her shoes upon entering the center. She also threw aside a stack of papers.

In another scene, Lee confronted the employee, throwing her bag at close range, pointing her finger at the employee and placing her hand on the woman’s hair in an apparent attempt to drag her. The employee complained to police on Jan. 31.

Since the MBC report, the Web site of the Seongnam City Council has received a flurry of postings criticizing Lee and demanding her resignation.

The DLP is trying to prevent the incident from disgracing the party.

“Something that should never happen happened,” said Lee Jung-hee, chairwoman of the DLP, at a press conference on Feb. 2. The chairwoman said the party will deal sternly with the case. The party will hold a representatives meeting in Seongnam today to decide on what punishment Lee should receive.

The DLP is concerned that the incident will affect its efforts to form an alliance with other progressive minor parties, including the Solidarity for New Progressive Party, ahead of by-elections in April.

Lee, 35, won a city council seat in local elections last June after running a campaign as the only candidate from the alliance of opposition parties.

Some observers, such as Cho Kuk, a law professor at Seoul National University, criticized the DLP for allowing the controversy to linger.

But others say the public is applying unfairly high standards to the party.

They say a similar case involving the conservative ruling Grand National Party would not draw such attention.