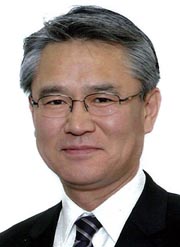 Park Suk-hwan, 55, ambassador to Vietnam, was named by President Lee Myung-bak as the first vice minister of foreign affairs and trade yesterday, along with four more vice-minister-level officials in his administration.