Author found success in drawing on her heritage

Author found success in drawing on her heritage 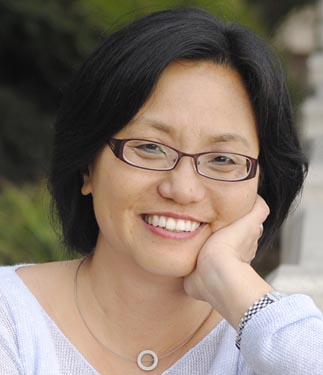 Korean-American children’s book author Linda Sue Park, 51, is coming to Seoul this weekend for the first time in nine years to give lectures on her novel “A Single Shard,” which tells the story of a potter in the Goryeo Dynasty (918-1392). The book won the 2002 Newbery Medal, one of the most prestigious awards in the field of children’s literature, and has sold more than 400,000 copies in the United States alone.

Park’s latest novel, “Storm Warning,” published by Scholastic last May, has also won critical acclaim and sold a similar number of copies thus far. Here are excerpts from an e-mail interview with Park on her life and work as a successful Korean-American author.

Q. “A Single Shard” was originally written for children but it seems like the story would also appeal to adults. I was especially moved by the main character, Tree Ear, who decides to go to the royal court to show his master’s work, even though he only has a single shard of porcelain to show after what was a long and arduous journey. What strategy did you employ to attract readers’ attention?

A. Thank you for reading my books and for your kind words. As you mention in your question, I try to use the specific to illuminate the universal. Such is the paradox of all art. In order to make the characters (and) the story feel real, you have to be very specific in your details. So Tree Ear must be a very vivid, clear character. It is through what happens to him that you can depict his emotional life. And emotions are universal to all human beings. No matter where you live or when you live, people always have ambitions. They meet family, people to love and people to love them. They need to feel that their lives have meaning. So you attract the reader’s attention by using specific details but gain sympathy by appealing to universal emotions.

And I feel that’s what books can do for young people. They’re a bridge. They’re a way to get to know people who are very different and to say, “But wait. In a lot of ways, they are like me.” I think of reading stories as practice for life. Whatever might happen to a person, a story has been written about it by someone, somewhere. Young people who read enough have been exposed to far more than their own realities. Reading enlarges the world and at the same time makes the human race more fathomable. 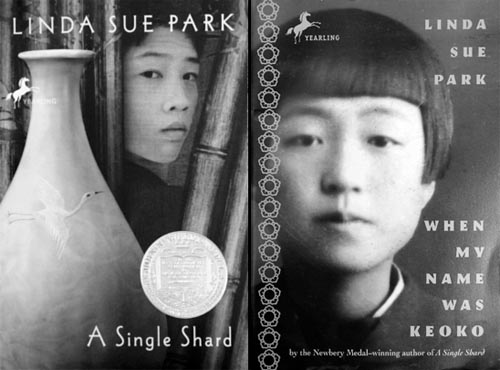 After you won the Newbery Medal, you mentioned in an interview that your life had changed suddenly because of the medal. Does having won the medal still affect your life?

Yes. It continues to give “A Single Shard” a much wider readership than it otherwise would have, both in English and in various foreign languages. I’m still receiving invitations to speak at conferences and travel to talk about “A Single Shard.” It also means I have less time to write. I believe “A Single Shard” has been translated into 13 or 14 languages. All my books collectively have been translated into just over 20 languages and the bestselling title has been “Storm Warning,” part of Scholastic’s “The 39 Clues” series. I don’t know the number of students who have read “A Single Shard” but almost a decade later I am still hearing from young readers all around the world who are reading the book. Winning the Newbery has a tremendous impact on a writer’s career because school and public libraries all over the States buy multiple copies of the title. I’m not sure if every public library in the States buys a copy but most do. This ensures the book will stay in print for many years. In fact there are more Newbery Medal books still in print than Nobel Prize winning books.

“Seesaw Girl” is special to me because it was my very first book to be published and gave me the confidence to think I could be an author for a living. The inspiration for this came from a book I read when I was 10-years-old, Francis Carpenter’s “Tales of a Korean Grandmother.” I remember learning how girls in aristocratic Korean families were almost never allowed to leave their homes. This made such an impression on me that, 27 years later, it became the basis of “Seesaw Girl.” I wanted to write a story about how a girl with a lot of curiosity might cope in those conditions.

For “A Single Shard,” I got the idea when I learned that Korean pottery had been the best in the world in the 11th and 12th century. That made me very proud of being Korean. I decided I wanted more people to know about it.

For many young people here in the United States and other countries as well, my books might be their first introduction to Korean culture and history. It’s a wonderful and terrible responsibility to have. People do often assume that I’m an expert, which makes me uncomfortable. I am not a historian or an academic - I’m a storyteller. And when I first started writing for young people, I had no idea that so much of my work would be based on Korean history. As I did the research, I kept discovering fascinating things that explained so much about the way I grew up. I knew a great deal about Korean culture from my family of course, but I knew relatively little about the country’s history. My childhood began to make more sense to me as I explored Korea’s past.

I feel strongly that there needed to be more books about Korea for young people. There are a lot of Korean illustrators doing beautiful work. It’s a shame there are so few Korean children’s books available in translation. There are more and more Korean-American writers, such as An Na, she writes great books for teenagers with Korean-American characters. Sook Nyul Choi has a trilogy that starts at the close of World War II in Korea. David Yoo writes very funny books for teenagers and the main character is always a Korean-American boy. I hope there are many more in the future.

History education is one of the hottest issues in Korea these days. History is now an elective course in high school, so fewer teenagers choose to study it. What do you think about this? What is it like in the U.S.?

History is required in the United States. I think for at least two or three years in high school. I think it’s very important. Young people are the future of any country. And any vision of the future can’t be complete without knowledge of the past.

What influence has your family had on your writing?

My parents have always been encouraging of and help inspire my writing. For example, we had family vacations at the beach almost every year, and my father always brought along a kite or two. My book “Kite Fighters” is a tribute to him in many ways: he was the one who told me about the sport of kite-fighting, and he is himself, like the main character, a second son. So it was a special thrill that he ended up doing the interior chapter-heading decorations for the book.