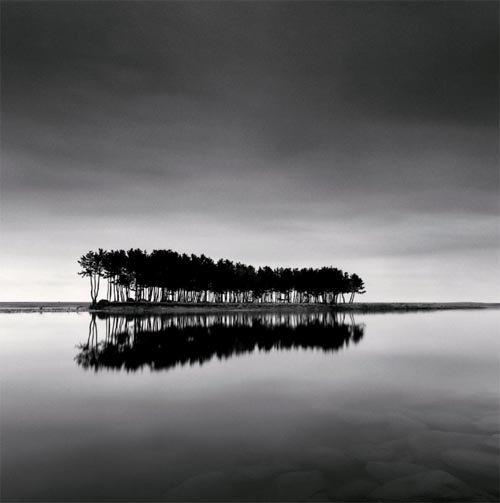 “Pine Trees” (2007), by Michael Kenna, was taken in Samcheok, Gangwon, and is part of a series by the photographer that is on display at Gallery KONG in Samcheong-dong, northern Seoul, through March 20. Provided by Gallery KONG


When he was a little boy, photographer Michael Kenna’s playmate was a large tree near his home in Widnes, northern England.

“We [he and his four brothers] would often sit high amongst the branches, shouting across to each other,” he said. “Occasionally, I would visit my tree alone and spend hours amongst the leaves in flights of fanciful imagination.”

Little did young Kenna know that many years of his adult life would be spent photographing trees in various countries around the globe.

In a new exhibition titled “Philosopher’s Tree,” held at Gallery KONG in northern Seoul, the world-renowned photographer is showing around 50 works, all of various types of trees that he photographed in North America, Asia and Europe from the mid-1980’s to the present.

His black-and-white photographs show the delicate, graphic quality of the trees, and their structural silhouettes are accentuated with the absence of color. Each tree in his photos also reflects an aesthetic that is unique to the culture of the country in which the image was shot.

In a photograph Kenna shot in Samcheok, Gangwon, for example, a row of pine trees against a calm body of water looks almost like a traditional Korean ink painting in its Zen-like stillness and minimal background. 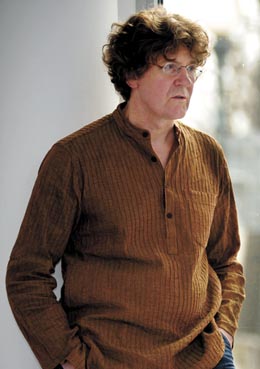 The British photographer’s works came to prominence in Korea after they were published in the book “May All Beings be Happy” (2006) by the late Venerable Bupjeong.

Throughout his career, Kenna has gained recognition worldwide for his black and white landscape photographs that highlight unusual structures and are oftentimes accompanied by ethereal lighting. He was made a Chevalier of the Order of Arts and Letters by France’s culture ministry in 2000.

“If you observe closely, every tree has an almost human-like character that connects to us. They are graphically amazing as well,” Kenna said.

“Joyce Kilmer once wrote that only God can make a tree. From the giant elders of the land, standing majestic and proud, invoking respect and humbleness, to the freshly growing saplings, delicate and fragile, hungry for the sky .?.?. the tree is deservedly and necessarily ubiquitous in our world and culture.”