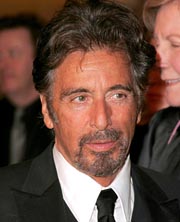 LOS ANGELES - Veteran U.S. actor Al Pacino is to play Henri Matisse in an upcoming film about the French artist and his relationship with his nurse and model, industry daily Variety reported Friday.

“Masterpiece,” about the pioneering painter’s relationship with his nurse and model Monique Bourgeois, will be directed by Deepa Mehta, whose previous work includes 2003’s “Bollywood Hollywood” and “Water” (2006).

No start date has yet been fixed for the project, which will be made by production company Escape Artists using a script by Donald Martin, although casting will soon begin for the two female lead roles.