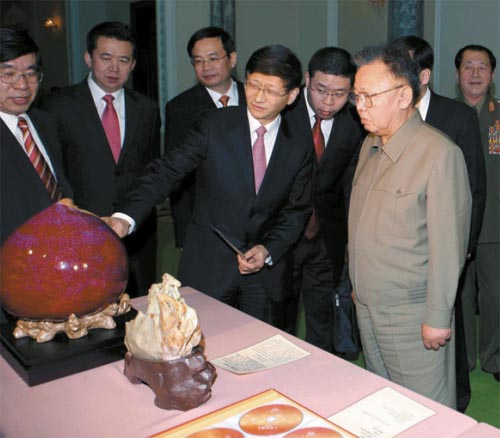 North Korean leader Kim Jong-il looks at gifts that Meng Jianzhu, China’s public security minister, brought to the North for Kim’s birthday, which is today. The Chinese official was received by Kim yesterday in Pyongyang, according to the Korean Central News Agency. The official news agency reported that Meng had hailed “the successful solution of the issue of succession to the Korean revolution,” referring to the hereditary succession currently taking place within the regime. [YONHAP]