‘New and improved’ bid for the Olympics

‘New and improved’ bid for the Olympics 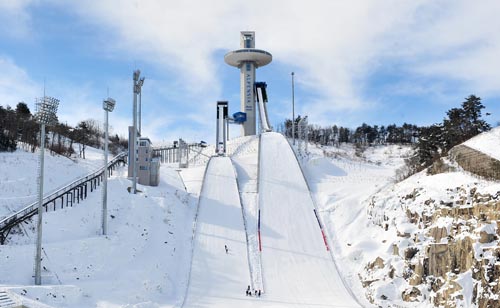 Repetitive practice and perseverance are key ingredients for success in the sports world. Having come up short in its previous two bids, the experienced and persistent Pyeongchang, Gangwon, committee is confident about finally landing its prized goal of hosting the 2018 Olympic and Paralympic Winter Games.

With overwhelming public support in Korea of 91.4 percent - the highest among the three finalist cities - and the full-fledged support of the Korean government, Pyeongchang is showcasing its venues for the International Olympic Committee’s on-site inspection team this week.

The Pyeongchang bid committee presented on eight topics to the 14-member IOC delegation behind closed doors yesterday and the delegation will begin its on-site inspection today. 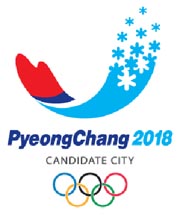 The city in the mountainous northeastern province of Gangwon was narrowly edged out by Vancouver, Canada, for the 2010 bid and Sochi, Russia, for the 2014 bid, but Pyeongchang’s latest bid for the 2018 Winter Games features noticeable upgrades.

One of the biggest changes is the nearly completed venues and facilities. In the past two bids, Alpensia Resort and other venues were merely in the planning stages.

But now, seven of the 13 Olympic facilities are complete, providing IOC inspectors with a clearer picture of what they can expect to see if Pyeongchang is selected for the 2018 Winter Games.

“We highlighted a new and improved Pyeongchang at the presentation. We have been preparing thoroughly since last year to present to the IOC delegation that Pyeongchang’s hosting of the 2018 Winter Games will have a positive impact on the growth and development of winter sports in Asia,” said Cho Yang-ho, chairman of the bid committee. “Only the well-prepared can take full advantage of the opportunities that arise. Pyeongchang is well-prepared and I’m confident we will receive some good news in the near future.” 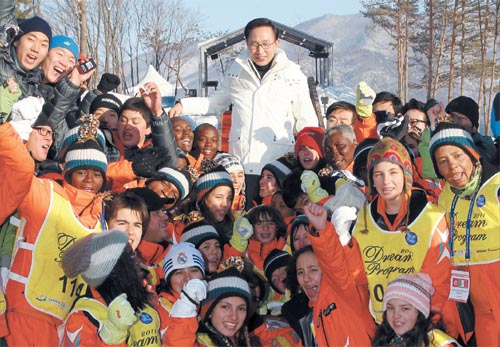 President Lee Myung-bak poses with “Dream Program” participants at the Alpensia Resort in Pyeongchang on Tuesday.


Pyeongchang is banking on the close proximity of its venues, which will allow athletes, delegates and fans to commute to various events within 30 minutes. Annecy, France, another 2018 contender, was criticized by the IOC when it submitted its bid file in January for its lack of centralized and nearby venues.

Pyeongchang’s “Alpensia Cluster” will have ski jumping, cross country, biathlon, bobsled and alpine skiing venues located at the Alpensia Resort and at the nearby Yongpyong Resort. The “Coastal Cluster” features venues for speed skating, figure skating and ice hockey in the nearby coastal city of Gangneung.

Pyeongchang has not only completed construction on world-class facilities, but by recently hosting international competitions - the International Ski Federation (FIS) Ski Jumping Continental Cup and Snowboard World Cup events, among others - the city has gained valuable experience and now has a proven track record on successfully hosting large-scale international events.

But more important, Pyeongchang is the sole Asian representative among the bids. Since the inaugural event in 1924, the Winter Games have been held mainly in Europe and North America - the only exception being Japan, with the the 1978 Olympics in Sapporo and the 1998 Olympics in Nagano.

France has held the Winter Olympics three times: Chamonix (1924), Grenoble (1968) and Albertville (1992), while Garmisch-Partenkirchen, Germany, hosted the Winter Games in 1936. If Pyeongchang manages to win the bid, it would be Korea’s first Winter Games and its first major international event since the 2002 Korea-Japan World Cup.

“Korea has stood out in many winter sports events, including figure skating, speed skating, bobsled and luge as well as short-track speed skating,” said Choung Byoung-gug, the minister of culture, sports and tourism, on the opening day of the National Winter Sports Festival in Pyeongchang on Tuesday. “Those events helped raise Korea’s national status. The past two bids were not failures, but just a process to make us filled with passion. Now is the time to bear fruit.” 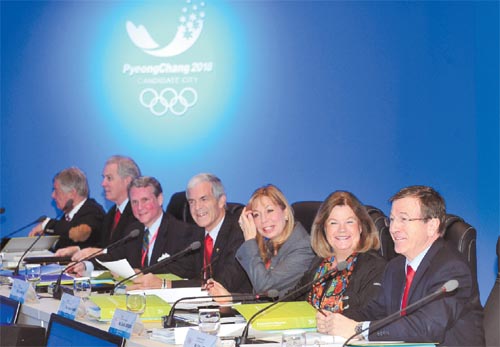 The IOC delegation, led by Gunilla Lindberg of Sweden, second from right, prepares to take in the Pyeongchang presentation at the Alpensia Resort yesterday. [YONHAP, NEWSIS]


Pyeongchang bid committee officials see the hosting of the 2018 Winter Games as an excellent way of further boosting the importance of winter sports as well as sustaining current standards in Korea as well as bringing an overall improvement of winter sports in Asia.

Its annual “Dream Program,” which has invited 949 children from 47 underdeveloped countries and nations in tropical regions since 2004 is currently being held and runs through Feb. 21.

The goal of the program is to introduce children from different regions to winter sports and the outcome has been positive, organizers said.

The program has produced athletes such as Bria Ilie of Moldova, who competed at the 2006 Torino Winter Games, as well as Manggyal Stanzin of India and Lin Jia-jung of Taiwan, who have competed for their respective short-track speed skating national teams since.

“At the Vancouver 2010 Winter Games, I experienced the joy of winning an Olympic gold medal, and in those special moments, my sporting dreams were realized,” Kim Yu-na said in an interview with the local media at the conclusion of the Winter Games. “It would now be a great honor for me and for all Korean people to help bring the Winter Games to Korea in 2018 and inspire a new, young generation of winter sports athletes across Asia.”

The IOC inspection team will hold a press conference on Saturday but the evaluation of Pyeongchang will be made public no more than one month before the IOC executive board meeting in Durban, South Africa, on July, 6.