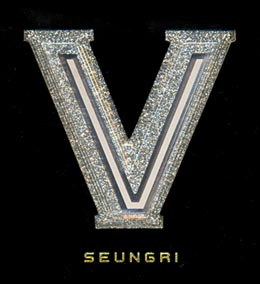 The youngest member of Big Bang has released a new mini album.

With the release of “V.V.I.P.,” Seungri has been at the center of many controversies because of interviews he gave in which he revealed private information about fellow celebrities. The most ironic part of this is that his solo debut has been more about the remarks than the music - and with good reason.

Big Bang has been quite successful in letting its members branch out on their own - Taeyang put out an R&B album called “Solar” and T.O.P. and G-Dragon came out with their recent pop and rap album “GD & T.O.P.”

But while his bandmates seem to be finding their true colors, Seungri still seems to be struggling. His midrange voice sounds unpolished compared to what it was on “Strong Baby,” a single released with G-Dragon in 2008.

The first two tracks on the solo album, “V.V.I.P.” and “What Can I Do,” focus too much on current trends. This is especially true of the song “What Can I Do,” which seems like a generic compilation of various pop songs with electronic beats fit for a club.

Although the tracks on the album are a little obvious and easy to listen to, the singer seems to need a bit more training. His attractive voice is sure to turn many more heads once he is fully in control of it.