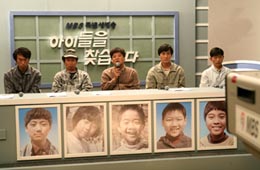 There were high expectations for the movie “Children” even before it hit theaters. Although the cast of well-known actors like Park Yong-woo and Seong Dong-il has drawn attention to the film, it is the story’s plot that has generated the most interest.

The film is based on a true yet unsolved murder case from the early 1990s that is known among Koreans as the “disappearance of the frog children.” In 1991, five elementary school students told their parents that they were going to hang out on a nearby mountain to catch frogs. They never came back.

In the movie, a TV producer, the devastated parents of the missing children, a professor and a detective all take different stances on the case and in the end one of the parents becomes a primary suspect. In reality, the case morphed into a national scandal.

Director Lee Kyu-man, a rising star in the Korean film industry, is expected to present a compelling depiction of the case.

But just as the case hurt the parents in real life, the movie could touch off nerves - especially because the film depicts the parents as primary suspects in the case.

In style, “Children” resembles the 2003 hit “Memories of the Murder,” which was based on another unsolved mystery of a serial killing in Hwaseong, Gyeonggi, in the early ’90s.

Audiences familiar with the case may have a difficult time with the plot, which gives the story a fictional ending even though the case remains unsolved to this day. 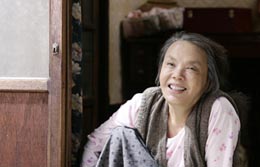 The long, cold winter may have people eagerly awaiting spring, a season of love and warmth, and the film “Late Blossom” arrives just in time for the start of the season.

The film, which stars veteran actors Lee Soon-jae and Kim Su-mi, follows the romance between two elderly people, a story that is rarely explored in Korean cinema. The simplicity of the movie is what adds to its charm.

Directed by Chu Chang-min, “Late Blossom” is based on the cartoon of the same name by renowned cartoonist Kang Full.

Devotion is what people, regardless of age, long for the most.

“Late Blossom” is expected to win the hearts of many as it depicts a love that remains strong late in life.

“Unknown” is another in a long-line of films about the experience of having your identity stolen, but this one focuses a little more on the mysterious.

Martin Harris (Liam Neeson), wakes up in Berlin one day to find out that his wife (January Jones) doesn’t remember him and some man (Aidan Quinn) has assumed his identity. Naturally, Martin sets out to prove he is who he says he is, or maybe unwillingly find something out about himself that he didn’t want to know.

He gets help along the way from a woman named Gina (Diane Kruger) and “plunges headlong into a deadly mystery that will force him to question his sanity, his identity, and just how far he is willing to go to uncover the truth,” according to the film’s publisher Warner Bros.

The movie is directed by Jaume Collet-Serra (“Goal! The Dream Begins”).

In 2003, Aron Ralston’s story of survival made headlines across the United States.

Then 27, Ralston was hiking in Utah’s Canyonlands National Park when he fell. A large boulder crushed and pinned his right arm against the rock wall deep within a canyon. Ralston hadn’t told anyone of his plans, leaving him completely alone - and dying.

After five days, Ralston amputated his own arm with a dull knife - and lived to tell the tale.

That resulting tale, a memoir called “Between a Rock and a Hard Place,” is now a film, thanks to director Danny Boyle (“Slumdog Millionaire”).

Despite the stationary position the lead character finds himself in, the film is a nonstop, gripping tale that grabs the audience’s attention for the duration of the movie.

By the end, viewers will be satisfied, and perhaps greatly moved, by a story that presents them with an all-too-real existential crisis - a grim and gory situation artfully explicated through light-hearted wit and with plenty of guts.