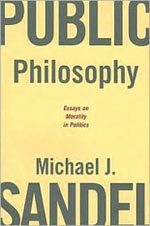 In this book, Michael Sandel takes up some of the hotly contested moral and political issues of our time, including affirmative action, assisted suicide, abortion, gay rights, stem cell research, the meaning of toleration and civility, the gap between rich and poor, the role of markets, and the place of religion in public life. He argues that the most prominent ideals in our political life - individual rights and freedom of choice - do not by themselves provide an adequate ethic for a democratic society. Sandel calls for a politics that gives greater emphasis to citizenship, community and civic virtue, and that grapples more directly with questions of the good life. -From the publisher


How Markets Fail: The Logic of Economic Calamities 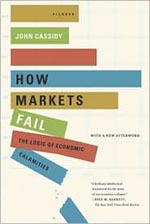 For 50 years, economists have been developing elegant theories of how markets facilitate innovation, create wealth and allocate society’s resources efficiently. But what about when they fail, when they lead us to stock market bubbles, glaring inequality, polluted rivers and credit crunches? In “How Markets Fail,” John Cassidy describes the rising influence of “utopian economies” - the thinking that is blind to how real people act and that denies the many ways an unregulated free market can bring on disaster. -From the publisher


The Accidental Billionaires: The Founding of Facebook: A Tale of Sex, Money, Genius and Betrayal 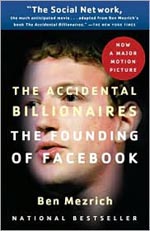 Best friends Eduardo Saverin and Mark Zuckerberg had spent many lonely nights looking for a way to stand out among Harvard University’s elite, competitive and accomplished student body. Then, in 2003, Zuckerberg hacked into Harvard’s computers, crashed the campus network, almost got himself expelled, and was inspired to create Facebook, the social networking site.

With Saverin’s funding, their tiny start-up went from dorm room to Silicon Valley. But conflicting ideas about Facebook’s future transformed the friends into enemies. Soon, the undergraduate exuberance that marked their collaboration turned into out-and-out warfare as it fell prey to the adult world of venture capitalists, big money and lawyers. -From the publisher


Be a Brilliant Business Writer: Write Well, Write Fast, and Whip the Competition 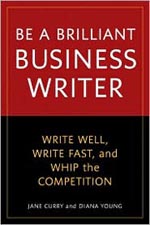 “Be a Brilliant Business Writer” gives you tools for mastering the art of persuasive writing in every document you create, from e-mail and client letters to reports and presentations.

Jane Curry and Diana Young will show you how to convey your message with clarity and power, increase your productivity by reducing rewrites, and provide just the right tone for navigating the minefield of office politics. -From the publisher 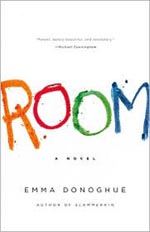 To 5-year-old Jack, Room is the entire world. It is where he was born and grew up; it’s where he lives with his Ma as they learn and read and eat and sleep and play. At night, his Ma shuts him safely in the wardrobe, where he is meant to be asleep when Old Nick visits.

Room is home to Jack, but to Ma, it is the prison where Old Nick has held her captive for seven years. Through determination, ingenuity and fierce motherly love, Ma has created a life for Jack. But she knows it’s not enough ... not for her or for him. She devises a bold escape plan, one that relies on her young son’s bravery and a lot of luck. What she does not realize is just how unprepared she is for the plan to actually work. -From the publisher