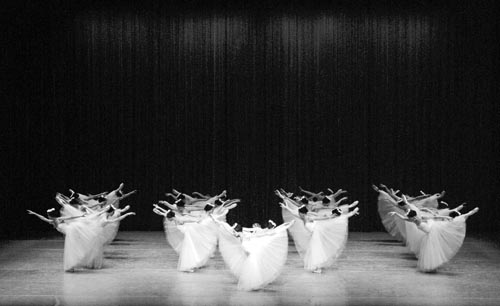 Today: Hungarian-born British classical pianist Andras Schiff will take the stage to perform his second concert in Korea since 2008. Schiff won a Grammy Award for best instrumental solo performance in 1990 for his version of Bach’s “English Suites,” and in 2007 he won the Royal Academy of Music Bach Prize. Schiff is one of the most renowned interpreters of Bach, Mozart, Schubert and Schumann. In this concert, however, Schiff will focus solely on pieces by Beethoven, including Sonata No. 30 in E major, Op. 209; Sonata No. 31 in A flat major, Op. 110; and Sonata No. 32 in C minor, Op. 111.

Friday: The KBS Symphony Orchestra will present pieces by Mendelssohn with Stefan Pi Jackiw, an American classical violinist who has played Mendelssohn pieces on the European stage since 2000.

Saturday: Mexican operatic tenor Francisco Araiza has twice won the Orphee d’Or from the Academie Nationale du Disque Lyrique Paris. In this concert, he will be performing pieces by Mozart, Veber and Verdi.

March 10: British R&B singer-songwriter and guitarist Corinne Bailey Rae is the fourth female British act in history to have her first album debut at No. 1. By 2008, she was on top of the music industry when her husband, musician Jason Rae, died. After his death, Bailey Rae went on a spiritual hiatus for nearly two years and finally returned last January with her second album, “The Sea.” At the concert, she will perform songs from “The Sea” and her eponymous first album, including hits such as “Like a Star” and “Put Your Records On.”

March 13: In this concert, Angelique Kidjo will perform traditional music that she learned in her home in Benin. In 2008, her album “Djin Djin” won a Grammy Award for Best Contemporary World Music Album. Her performances are energetic and use guitar, bass and percussion.

March 15: Legendary U.S. rock band the Eagles will make their first appearance in Korea as part of their “Long Road out of Eden” tour in support of the 2007 album of the same name, which is their first album in 28 years. The band is also celebrating its 40th anniversary. The Eagles were one of the most successful bands of the 1970s, garnering six Grammys, five American Music Awards and six No. 1 albums. The set list will include such hits as “Hotel California,” “Desperado,” and “I Can’t Tell You Why.”

April 19: Brazilian guitarist Gilberto Gil is known as both a musical innovator and a political figure, with seven Grammys and 52 albums to his name. His music contains influences from genres like rock, samba, African and reggae. This will be Gil’s first concert appearance in Korea, and he will perform with his son, guitarist Bem Gil. They will be joined by cellist and conductor Jaques Morelenbaum.

To Saturday: This musical is a Korean-Italian reproduction of the 1986 film of the same name starring Robert De Niro and Jeremy Irons.

Ennio Morricone, the film’s musical director, played a major role in transforming the screen version into a musical. He composed six new songs for his first musical and his son, Andrea, is playing a prominent role as music director. Like the film, the musical unfolds in 18th century South America. It tells the story of two missionaries doing volunteer work and touches on the themes of religion, race, theology and love.

After the musical received complaints and negative reviews, Korean producer Sang Sang Musical Company made changes to the cast and technical elements.

The show will tour Europe in 2012 before hitting Broadway the following year.

To Sunday: Based on the movie of the same name, and with music by Elton John, this musical has been a hit worldwide. This is the first non-English language production of the show, which was previously produced in Britain, Australia and the United States. Four young men will alternate in the title role, including Im Sun-woo, who is the youngest person ever to play the character. It was nominated in 15 categories at the 2009 Tony Awards and ended up winning 10 major awards, including best musical.

Tomorrow to Sunday: The Korea National Ballet is presenting the Paris Opera Ballet’s version of “Giselle” for the first time in Korea.

The ballet tells the story of a peasant girl named Giselle who dies but comes back as a ghost to protect her lover, Albert, from a group of evil female spirits. The ballet was first presented in 1841, and the choreography is based on the original French version from the 19th century.

To March 27: “Aida” returns to Korea after a five-year absence. This story of Ethiopian princess Aida is one of forbidden love. Aida is captured and sold into slavery in Egypt, where Egyptian military commander Radames falls in love with her. As the military commander of Egypt, Radames is not allowed to love a woman from a different country, and he struggles to make a decision to choose between her and his service to the Pharaoh. To make matters worse, the Pharaoh’s daughter, Amneris, is in love with him. Will Radames chose love or success?

Cho Seung-woo and three actors alternate in the role of Jekyll.

March 1 to April 24: “Monte Cristo” is a musical retelling of Alexandre Dumas’ 1844 novel “The Count of Monte Cristo.”

Performances are at 8 p.m. on Mondays, Wednesdays, Thursdays and Fridays, and at 3 and 7 p.m. on Sundays and holidays. There are no performances on Tuesdays, except on opening night, Tuesday, March 1.