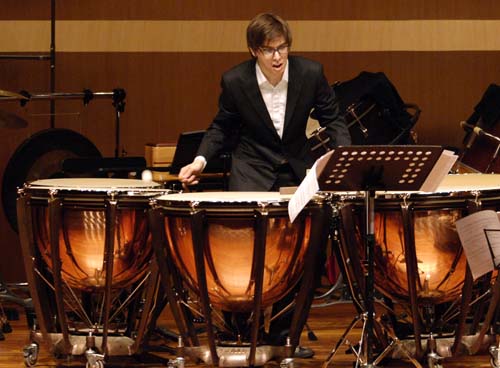 Seoul Philharmonic Orchestra’s guest principal timpanist Adrien Perruchon will perform at the city orchestra’s second chamber concert of the year on May 27. Provided by the SPO

With spring just around the corner, the chamber music season has kicked off and the coming year promises a flurry of concerts by highly admired soloists.

The Chamber Music Society of Kumho Art Hall will begin its four-concert series on March 3 with music from Scandinavia. The concert opener will be “Serenata in Vano for Clarinet, Basson, Horn, Cello and Double Bass” by Carl Nielsen, one of Denmark’s most admired composers. The concert continues with Norwegian composer Johann Halvorsen’s “Passacaglia and Sarabande with Variations for Violin and Viola,” and closes with “String Quartet No. 1 in G Minor, Op. 26” by Edvard Grieg, a Norwegian nationalist composer who represents Scandinavian music.

“CMS is Korea’s one and only chamber music society that belongs to a specific music hall,” said an official from the Kumho Asiana Cultural Foundation, which runs both the art hall and CMS. “That has raised the level of chamber music in Korea and helped nurture talented musicians who create quality music through artistic communion.” 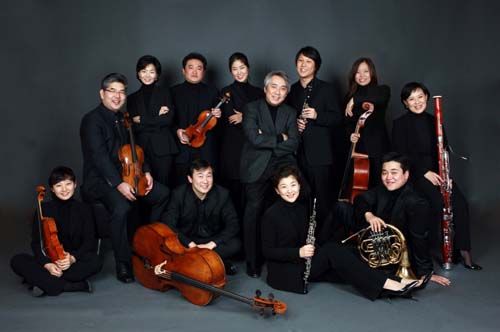 The Chamber Music Society of Kumho Art Hall is set to give four chamber concerts this year, starting March 3. Provided by the CMS

Next, the CMS will present a concert on June 2 featuring two works by Gustav Mahler and three works by composers influenced by Mahler ? Alban Berg, Benjamin Britten and Dmitri Shostakovich.

The two remaining concerts in the series, on Sept. 1 and Dec. 1, will focus on the music of Claude Debussy and Johannes Brahms.

Meanwhile, the Seoul Philharmonic Orchestra is presenting three concerts with programs designed around instrumentalists rather than composers. The first was held on Feb. 18 and the second, scheduled on May 27, features guest principal timpanist Adrien Perruchon, offering classical music aficionados a rare chance to hear percussion solos.

The young percussionist, who is still mainly with the Orchestre Philharmonique de Radio France, was invited to Korea five years ago by Chung Myung-whun, the orchestra’s principal conductor, because of his “exceptional talent.”

The last concert in the series will take place on July 1 with Svetlin Roussev, violin virtuoso and principal guest concertmaster of SPO, taking the lead. Three violin concertos by Antonio Vivaldi and one Felix Mendelssohn octet will be played.