Righting the wrongs in animal slaughter

Righting the wrongs in animal slaughter 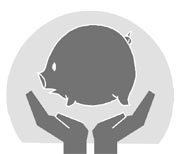 In 2007, American animal rights activists launched a boycott campaign against KFC to protest the slaughter of chickens by electric shock, which was deemed inhumane to animals. Shortly thereafter, Burger King announced they would slaughter their chickens by first gassing them to put them to sleep. McDonald’s was next to take action. It declared it would give chickens more space so they’d feel less stress. In his book “Supercapitalism,” Robert Reich, professor at the University of California, Berkeley, and former U.S. Labor Secretary, criticized McDonald’s purported “humanitarian” slaughter as a technique that reduces employee injuries while producing more meat.

In the book of Zhuangzi, a Chinese philosopher in the 4th century B.C., there is a passage on the Tao of a master butcher. Whereas a skilled butcher had to change his knife every year, a master butcher could use the same knife for 19 years. His knife never got dull because he saw the cattle with his mind, not with his eyes, and never touched sinew or bones. Kosher food is prepared with the meat of a cow whose throat is slit within two seconds. Is that more humane?

In the 1980s, an Asian-American who killed a coyote with a club was indicted in Los Angeles on charges of cruelty to animals. In his case, the defense lawyer drew a comparison between the killing and deer hunting - where a hunter pulls the trigger while staring directly at a deer - and asked, “On what grounds do you call the use of a gun humane, while the use of a club is inhumane?” His argument was that regardless of the means, killing animals is inhumane. He won.

In the 5th century B.C., Alcmaeon of Croton discovered the optic nerve by cutting the nerve behind a dog’s eye to study vision. In 1902, Pavlov’s dog had to salivate, at the sound of a bell, to prove his master’s research on conditional reflexes. Soviet space dog Laika became the first animal to orbit the Earth. But these were like sacrificial animals offered for a commemorative rite. No ordinary animal would envy a sacrificial animal, no matter how well fed.

Animal welfare is a hot topic these days, as some 3.4 million cows and pigs are being buried to prevent the spread of foot-and-mouth disease. Some have suggested that breeding space should be regulated, that animals should be slaughtered with minimal pain and that incineration should be used, instead of burial, to dispose of animal remains. Still, I wouldn’t be surprised if the animals hated the quarantine authorities.